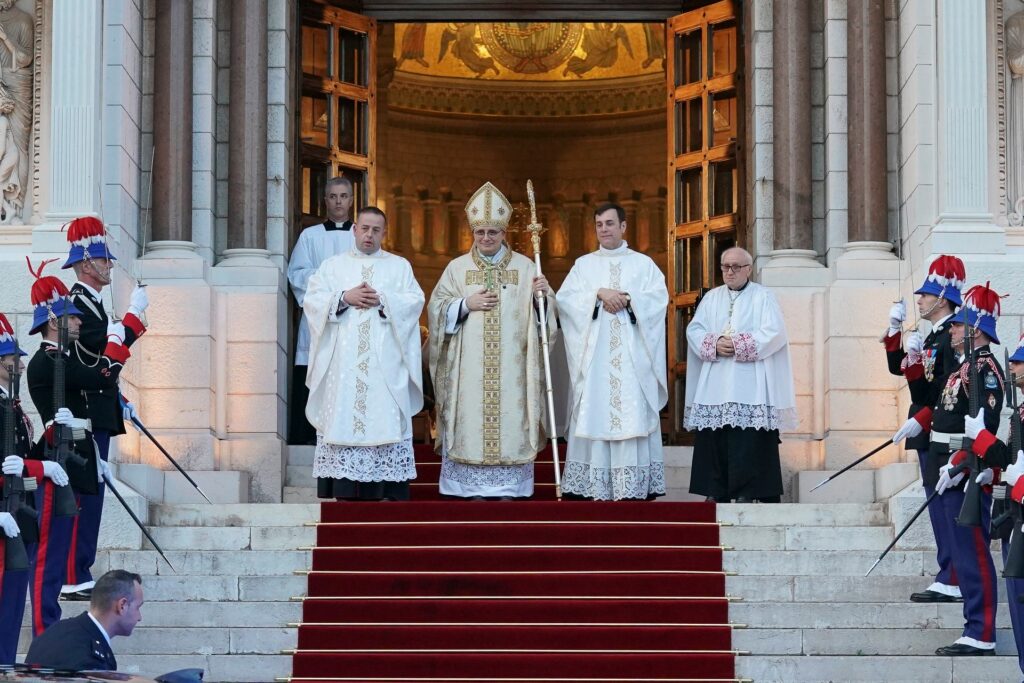 At the end of January, Pope Francis appointed Father Dominique-Marie David as Archbishop of Monaco. He succeeds Monseigneur Bernard Barsi, who has been present on the Rock since 2000.

On Sunday 8 March at 3.30 p.m. in the Cathedral of Notre-Dame-Immaculée in Monaco, the ordination of Archbishop Dominique-Marie David took place. He succeeds the current Archbishop of Monaco, Barsi, following his resignation due to advancing age.

Father Dominique-Marie David has thus become the Archbishop of a country where Catholicism is the official religion. It is an opportunity to make a small historical detour on the links between spiritual and state power in the Principality.

Strong links with the Church

Article 9 of the Monegasque Constitution enshrines Catholicism as the official religion, although article 23 of the same Constitution makes it a point of honour to defend religious freedom. Nevertheless, Catholicism is the religion of nearly 83% of Monegasque citizens. The Principality has never opted for French-style secularism because of Monaco’s very historical origins.

The Monegasque State was a monarchy under divine law before becoming a hereditary constitutional monarchy since the new constitution of 1962. Although spiritual and state powers were carefully separated, the links between the two remained strong.

Although the Church has no right to interfere in the decisions taken by the Monegasque political power, it would seem that its influence is a reality. Some have seen, notably in the very late decriminalisation of abortion in Monegasque law in 2009, a sign of this influence.

At the origins of Catholicism

The Guelphs – a political-religious faction represented by the Grimaldis – quickly sided with the Pope in the war between the Church and the Holy Roman Empire. It was a question for the new Monegasque dynasty to protect itself in turn from its strong neighbouring states (particularly the Holy Germanic Empire) but also to justify the legitimacy of the Grimaldis themselves. The Principality was, at the time, a monarchy under divine law.

In 1751, Monaco obtained its religious independence from the bishopric of Nice and a papal concordat concluded that Monaco depended directly on papal authority. In 1887, the Diocese of Monaco was created, which became an archdiocese in 1981.

The perpetuation of the tradition

Since then, age-old traditions have been kept alive on the Rock: Procession of Christ the Dead, Corpus Christi, Feast of the Holy Devotion (the latter being directly linked to the very identity of the Monegasques).

The religious marriage of the Prince also bears witness to the importance given to Catholicism, an integral part of the “Monegasque soul” and, a fortiori, with it, of the soul of Monegasques.