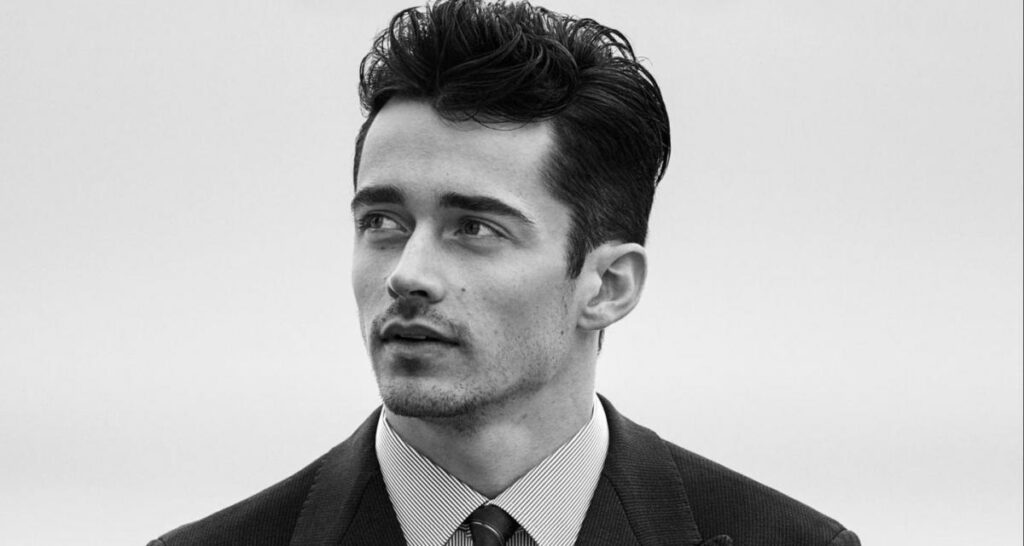 The photographs were shot by John Balsom in Saint Tropez on the French Riviera before the Covid-19 lockdown. Leclerc revealed the collaboration on Instagram, stating that “to be representing such an iconic brand from now on is a huge honor.”

The Monegasque driver, 22, began racing for Ferrari last year, gaining ten podium finishes during his first season with them. Amongst he has won twice in Belgium and Italy, achieving the four fastest laps and most pole positions of any driver that season, with seven. Ferrari recently extended the driver’s contract until 2024.

Extremely happy to announce that I am now a brand ambassador of Giorgio Armani and its Made to Measure Line. Fashion together with music and motorsport have always been my passions, and to be representing such an iconic brand from now on is a huge honor. @giorgioarmani

“Charles Leclerc is a very promising racing driver,” said Armani on the brand’s website. “He has achieved considerable success despite his young age, and this is an indication of his will and determination, as well as his obvious talent. He is fresh-faced and has an energetic physical presence that my Made to Measure collection enhances and matches well. A Made to Measure suit is timeless, as demonstrated by these photographs.”

Leclerc now counts himself amongst other F1 drivers who have entered into the realms of fashion. Other drivers-turned-brand ambassadors include Lewis Hamilton for Tommy Hilfiger in 2018 and Carmen Jorda for Adidas by Stella McCartney.

Armani’s Spring/Summer Made to Measure collection, which first launched in 2006, is available worldwide, by appointment only.