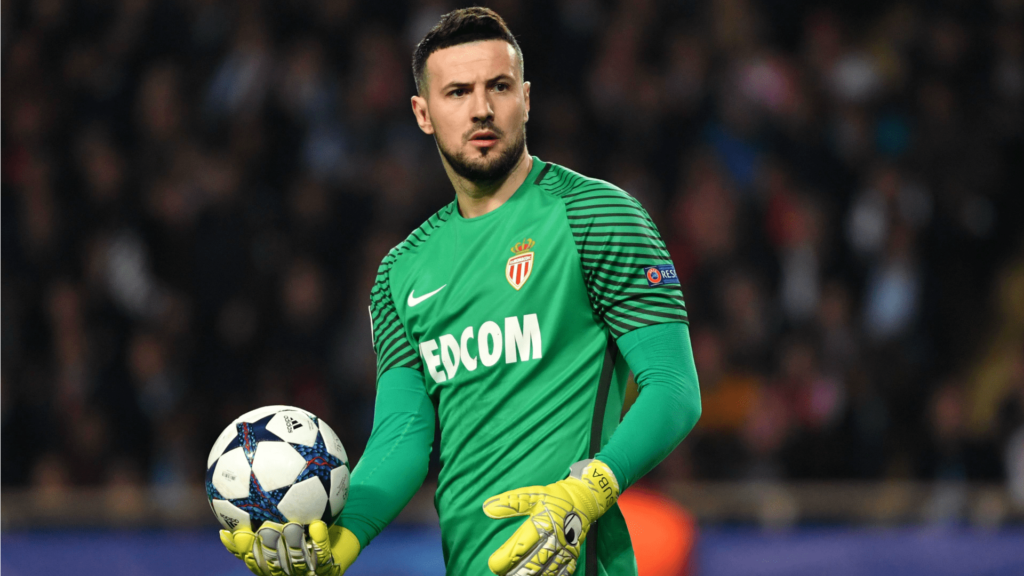 AS Monaco officially announced the departure of Croatian international goalkeeper Danijel Subasic on Tuesday. After eight seasons on the Rock and nearly 300 games played in Monaco, the Zadar-born goalkeeper has undoubtedly left his mark on the club.

He will forever remain one of the best goalkeepers in the history of AS Monaco. Danijel Subasic, who arrived in the Principality from Hadjuk Split in January 2012, has played no fewer than 292 matches for Monaco, including 25 Champions League matches. This incredible record places the Croatian giant (1.91m) in second place among goalkeepers with the most games played at AS Monaco, just behind none other than Jean-Luc Ettori.

A key element in winning the French Ligue 1 in 2017, Subasic also saw himself crowned best goalkeeper in Ligue 1 that year. He loomed large over the French Championship during his time at Monaco while also asserting himself on the international stage, leading Croatia to the World Cup final (won by France 4-2) with four penalties stopped during the competition. An exemplary team-mate, both on and off the pitch, Danijel Subasic will remain in the hearts of Monaco’s fans for some time to come.

I congratulate Danijel for his exceptional career with AS Monaco. He arrived at the beginning of the project when we were still in the second division and has risen to many challenges over the years to contribute to the great achievements of the team. He is a great player who has demonstrated plenty of sporting quality and great strength of character here. I would like to thank him for his loyalty and for everything he has done here. Danijel will always be welcome at AS Monaco.