Flight as a way of life: Riviera and the world on a motobike 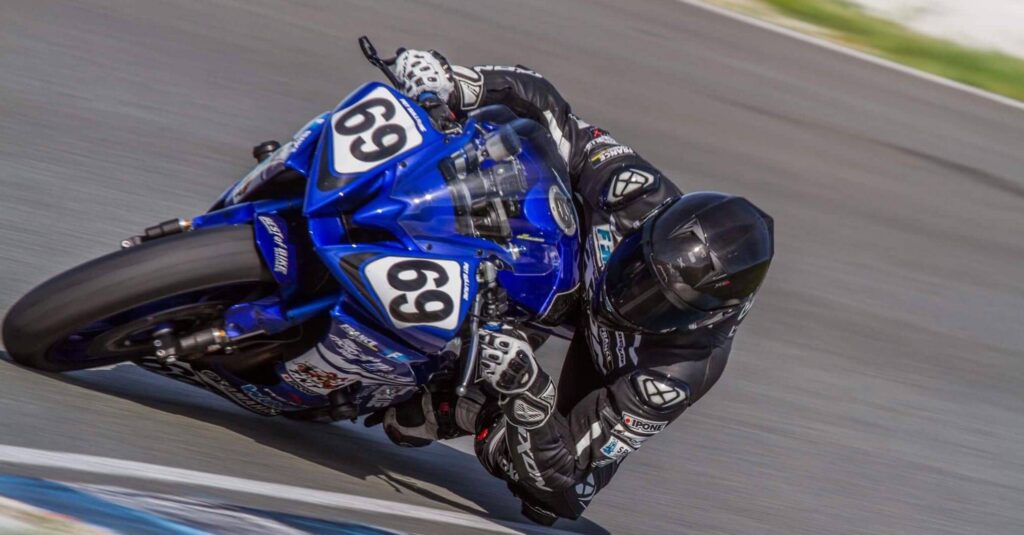 Today, there are over two million motorcycles registered in France. For our motoring heroes, these bikes are more than just a vehicle. Our first hero, it is from motorcycling that he has made his sporting career, as a French motorcycle champion. The second one has travelled more than 100,000 kilometres by motorbike, driving from Georgia to Norway. Monaco Tribune spoke to them about their most memorable moments.

“When I do something, I want to win”

“During practice before one race, my breaks failed at more than 200 kilometres, so I jumped off the bike. I got many injuries,” admits Pot, when asked about preparing for one of the races for the 2017 French championship in the Promosport 600cc class. During the conversation, he does not romanticise risk nor demonstrate youthful bravado – Guillaume evaluates each challenge soberly, objectively recognising the high injury rate of motorcycling. “Each year there is a dead rider in a race,” the rider shrugs his shoulders. He himself breaks something every year and remembers that in the “worst year” he had seventeen accidents, in the “best” – two. On average, a year he falls from two or three to 15, perhaps even 20 times.

At the same time, the rider is sure that driving on the track is safer than on ordinary roads. “On a track everything depends on you, on a normal road there are other people, whose behaviour you cannot predict.” Guillaume uses the city bike only 4-5 times a year, riding to enjoy the scenery.

To become a champion in motorcycle disciplines, as in any other sport, you have to have trained since childhood. Guillaume first got on a motorcycle at 5, and at 10 he already won his first competition, a regional race. Over the years, he has understood the formula for success. To come first, of course, it is important to have excellent technique and be in excellent physical shape, but you cannot underestimate the importance of the team. “No team – no win,” Guillaume says.

Who is part of his team? Pot has a coach who works with him on the circuits and a data analyst engineer who takes readings from the motorcycle’s sensors after the races. These sensors record absolutely everything the rider does – when he accelerates, when he brakes. By analysing these indicators, the rider can decide as to how they can correct their driving to achieve the best results. The mechanic, another vital member of the team, adjusts the bike specifically for each race, because for every track the motorcycle needs special settings.

Driving technique is also discussed between riders of the same team to improve the overall performance. There is simply no time left to talk to other riders during the competition – they only have time to say hello to each other. But Guillaume stresses that the atmosphere in motorcycle tournaments is better than in other sports – “all riders share the same passion.”

Andrei Lopukhov broke free from his modest beginnings in Russia through his travels on his motorbike. He took motorcycle lessons in St. Petersburg in winter, so the lessons were held indoors; in a cold concrete box, under which was a budget department store ‘Pyaterochka’. The training motorcycle was a brand from Minsk with Chinese-made parts.

However, getting his motorcycle license coincided with his move to France, where his environment changed. Andrei, like Guillaume, began sightseeing in search of new landscapes. He explored different parts of the French Alps, which is still his favourite place for short trips. The first real trip was on the Franco-German highway. “With experience, I started to enjoy the ride so much that I just couldn’t stop, I wanted to go as long as possible. I decided to try to get to Germany.” Gradually he travelled all over Europe, including the Nordic countries Norway, Denmark and Sweden, to Georgia and Morocco. Andrei’s record is twelve hours behind the wheel: a thousand kilometres.

Andrei compares the feeling of a long drive with meditation. Given the high concentration on the road all your thoughts disappear, instead there is lightness and mental freedom. “This is exactly the freedom all motorcyclists talk about,” he explains.

There is little freedom in choosing speed – for a comfortable and safe ride, it shouldn’t exceed the driver’s handling abilities. On a motorcycle, you are more vulnerable than you are in the car; from feeling even the slightest changes in temperature, to being more responsive to other road users and changing traffic situations. “The worst case was in Turkey. Something spilt in this tunnel and it was very slippery. The bike lost control at more than a hundred kilometres per hour and started wobbling. Not only could I have died because of the fall, there could have been nothing left of me if I had been hit by a truck that was following me. I was ready to die in that tunnel, but somehow, I managed and drove out.”

Experience allows us to see not only the positive side of motorcycle travel, which is so inspiring to beginners, but also to realize all the shortcomings. Weighing between the positive and negative sides, Andrei continued anyway.