Profile: Zvevdan Mitrović affair with AS Monaco Basket gets its happy ending 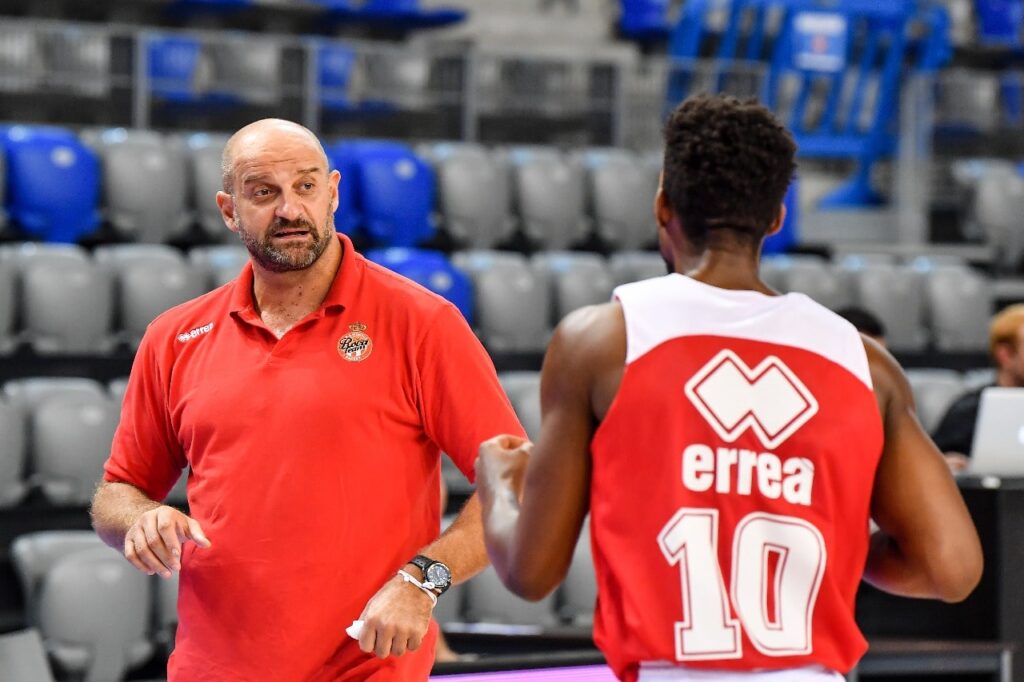 After a controversial stint with ASVEL Basket, Zvevdan Mitrović is back in Monaco. Discover an unconventional coach with a love of tactics, who may seem aloof, but who remains profoundly personable at heart.

After three years at AS Monaco (2015-2018), the love story was over. Yet, as is often the case for tumultuous affairs, the flame eventually awakens again. Two years after leaving Roca Team for Tony Parker’s Lyon-based ASVEL, Zvevdan Mitrović is back in Monaco, a French championship title in the bag.

“Everyone agrees that he is a competent coach, both on and off court”

When, at the end of the 2020 season, AS Monaco Basket coach Saša Obradović left for his beloved Belgrade Red Star, there was little doubt as to whom should replace him. Zvevdan Mitrović was quick to sign once again with his former team. He had not had the best of times at ASVEL. Back in May, the Lyon club fired him for “gross misconduct”. Free of all obligations, for the second time Mitrović said “I do” to AS Monaco Basket.

“It’s excellent news for Roca Team,” Paul Lacombe told Monaco Tribune back in May. The French basketball player was coached by Mitrović during the 2017-2018 season and has – ironically – just joined ASVEL. “Now that Saša’s left, it was the best thing to do. The club won’t be starting from ground zero,” he said. Yakuba Ouattara, a player who spent three seasons with Mitrović and is now leaving for Real Betis Baloncesto is quick to praise him too: “He knows the club off by heart. He’s had excellent results while working here and almost earned us the French championship. Everyone agrees that he is a competent coach, both on and off court.”

“A man with a great sense of humour, who is close to his players, without being demonstrative”

Mitrović is known for his aggressive tactics which are based on the typical Eastern European duo of tight defence and a less stringent offensive. During his three year at Roca team, the team reached the final of the French Basketball Championship and qualified for the European Basketball Championship. Mitrović former protégés have not forgotten his legacy.

“He’s the coach with whom I first played in Jeep Elite (French Basketball premier league – ed.) so of course I can only have good memories of Zvezdan,” recalls Ouattara. “He is someone with whom you can talk, who is close to his players, without being demonstrative. He is always authentic – with everybody. He doesn’t beat about the bush and does not differentiate between young players and senior players with big contracts. Zvezdan only looks at what happens on the court and is always willing to give people a chance. He values individual merit, which is what I loved about him,” Ouattara says. Paul Lacombe recalls “a man with a great sense of humour, strict yet just” and who “never missed an opportunity to shout at all of us – no exception made – while also giving us a lot of freedom in the game”.

“People who know me, know what I’m really like”

Stoicism and passion are united in Mitrović, a man who once wanted to become a comic book artist. Things changed at fifteen, when he fell in love with basketball. In fact, he was so in love that he used to watch up to 15 matches a week.

“People who know me, know what I’m really like. I couldn’t care less about the others,” he told RMC Sport. “For me, the most important thing is my relationship with the players.” Players are ready to die for him, even if some have had some trouble adapting to the methods of the Montenegro-native. Amongst them French player Antoine Diot, who recently told French sports magazine L’Équipe that he would not have continued with ASVEL “had Mitrović stayed”.

“Roca team is the choice of the heart”

AS Monaco Basket has high hopes for Mitrović’s return. There is talk of a French championship title. The aim is high, but not unattainable: “We’ll go step by step, but I can assure you that the desire to live great moments with the team is there,” Mitrović told Nice Matin when he arrived in Monaco. “We’ll give it our all. I feel at home in Monaco. After Montenegro, it is the place where I feel best. Roca team is the choice of the heart,” he said. What can we say, a love story with a happy ending?