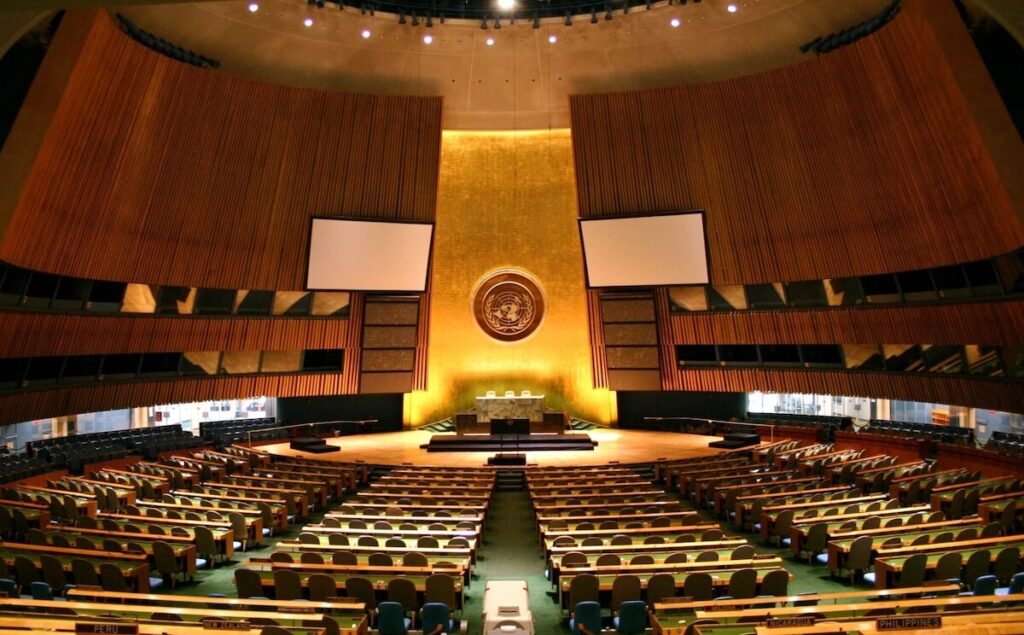 This year, for the first time in the history of the United Nations, due to the ongoing coronavirus pandemic, the UN General Assembly will take place virtually, without travel of the Heads of State and Government of Member States. Only the Permanent Representatives of the Member States were able to sit in the General Assembly Hall. The other participants, including Monaco’s Sovereign, participated in the meeting virtually via pre-recorded messages.

Prince Albert’s dedication to the environment is nothing new. On 25 September, the Sovereign took part in the “Leaders Pledge for Nature” talk, alongside 75 other Heads of State. Together with the European Union, the Heads of State pledged to “put biodiversity back at the centre of their policies”, promising “transformative changes in economic systems”.

Biodiversity and equality at the heart of discussions

Monaco was also present at the summit on biodiversity. If 2020 was supposed to be a pivotal year “marked by the adoption of measures and commitments vital to the planet’s preservation”, the pandemic has caused the postponement of many major environmental events. The UN summit was therefore an opportunity to “reinvigorate the global ambition to protect the planet”. In his speech, Prince Albert placed particular emphasis on the preservation of marine ecosystems.

Another event on the schedule was the 25th anniversary of the Beijing Declaration and Platform for Action, which aims to “accelerate the achievement of gender equality and the empowerment of all women and girls by 2030”. On this occasion, Isabelle Rosabrunetto, Director General of Monaco’s Ministry of Foreign Affairs and Cooperation, outlined Monaco’s progress and commitments to gender equality. Among other things, she mentioned the “Monégalité” charter, which ensures workplace gender equality.