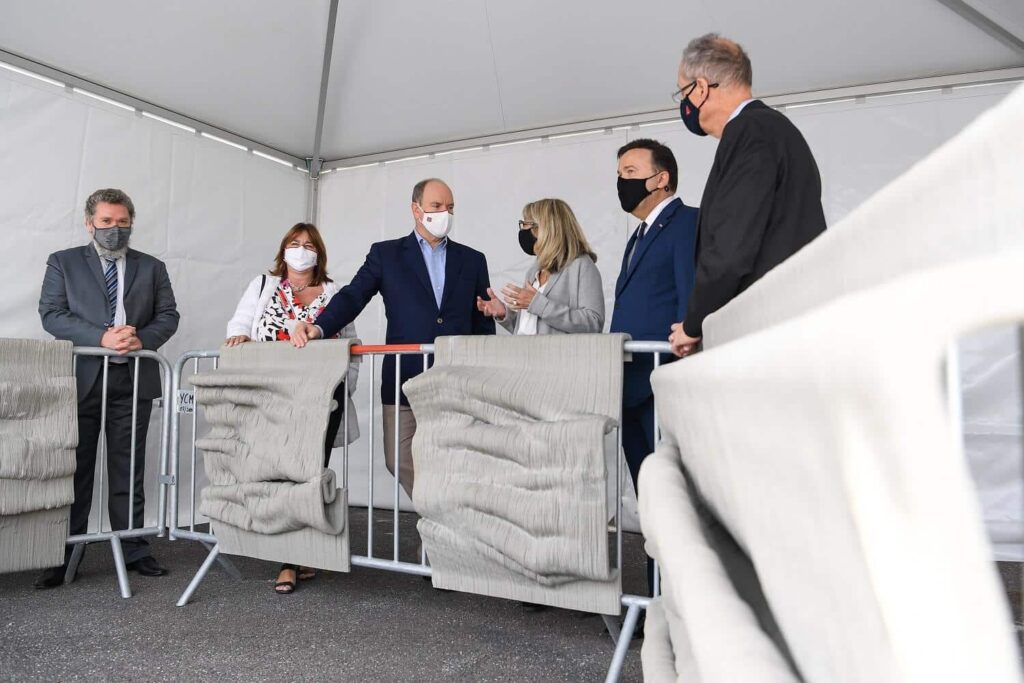 On Tuesday 5 October, 20 three-dimensional panels that help foster marine biodiversity were unveiled in the presence of Prince Albert and several of Monaco’s politicians.

Designed by Monaco’s Department of the Environment and SETEC, a French engineering and consulting group, the panels will be placed 35m underwater off the coast of Fontvieille. They will be fixed to artificial underwater structures installed in 2014. The wall of these structures is not coarse enough and hasn’t therefore been sufficiently colonised by biodiversity.

Fibrous concrete: harmless to the oceans

The panels are designed to encourage biodiversity growth. Their shape reproduces that of the Riviera’s rocks. They are printed in 3D and made out of fibrous concrete, a material which harmless to marine biodiversity. A total of twenty panels with varying structures, thicknesses and depth have been produced.

The long-term goal is to install similar panels on Monaco’s many artificial structures (dyke walls, stabilisation blocks, etc.) in order to improve the Riviera’s biodiversity.