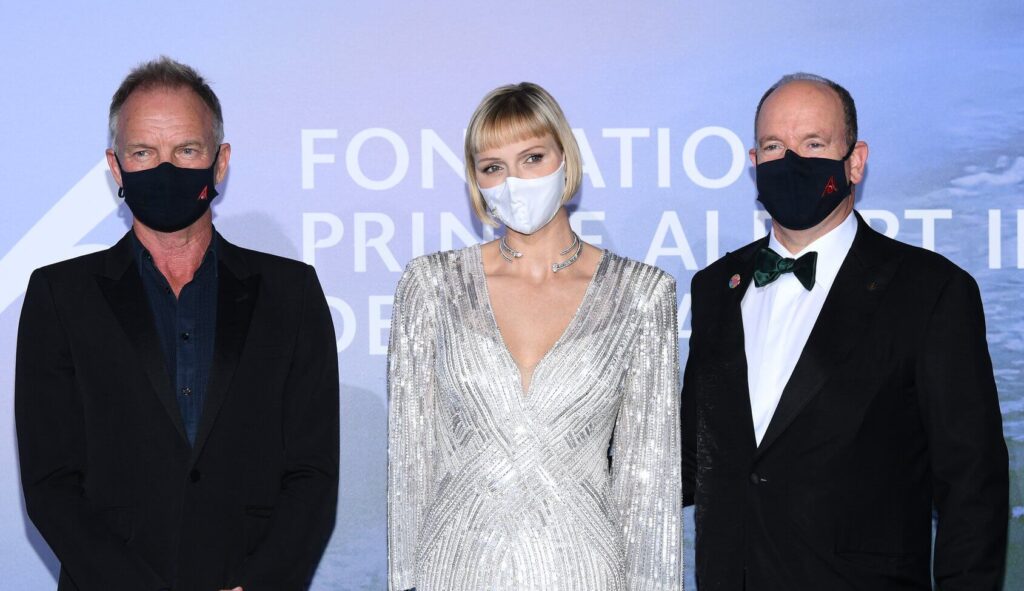 On September 24th, the beau monde flocked to the Monte-Carlo Casino esplanade in honour of the Monte-Carlo Gala for Planetary Health. Hosted by the Prince Albert II of Monaco Foundation, the Gala had British singer Sting as its guest of honour.

Presiding over the Gala at the side of Prince Albert II were masters of ceremony Dame Helen Mirren, Kate Beckinsale and Andy Garcia. Singer Leona Lewis gave a performance in the early evening, before giving the stage to Sting, the Gala’s guest of honour.

Distinguished guests on the blue carpet in Monaco

Sting was awarded a Special Prize from the Prince Albert II of Monaco Foundation in recognition of the Rainforest Foundation’s environmental work. Founded by the singer in 1989, the foundation has worked on nearly 300 projects alongside indigenous communities in more than 20 countries. The Rainforest Foundation puts “a particular emphasis on the human rights of indigenous people and their struggles against illegal loggers, settlers, mining and oil interests”.