Disasi proving his worth for AS Monaco 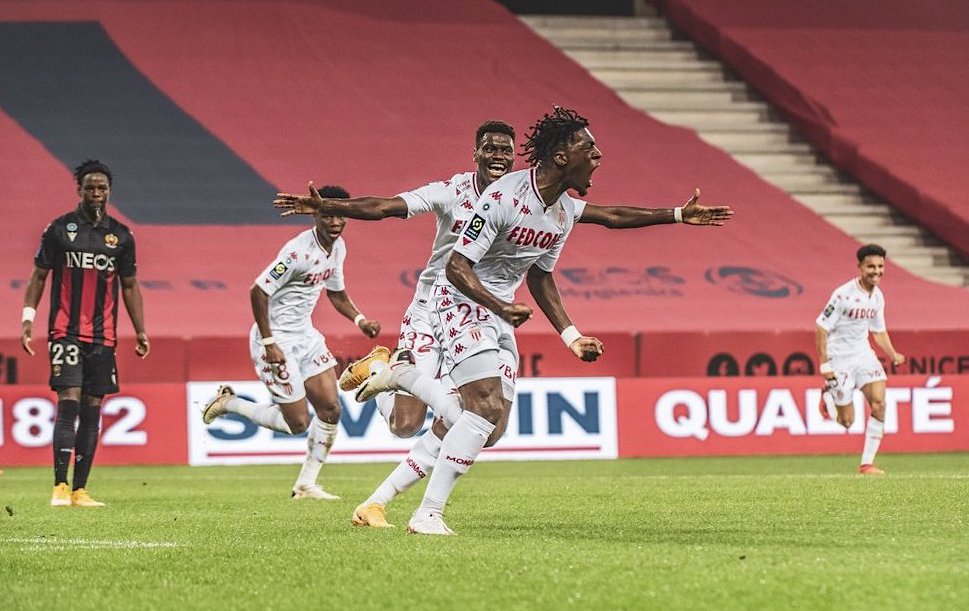 Although there’s only been a small sample size to judge from, their smashing wins over Bordeaux and OGC Nice have been extremely encouraging indeed. The defence has undoubtedly benefited in Kovac’s new system, for they’ve been far less exposed and look a lot more confident.

Indeed, Axel Disasi’s excellent performance and comments afterwards demonstrated his preference for the tweaked approach. “In the last two matches we can see that we are more solid defensively,” he mused.

“We are conceding a lot less chances and I find that this 4-4-2 system is more suitable for the team indeed. We are also managing to be dangerous offensively, so we are very happy to have won this derby.”

Producing a brilliant showing from his right sided central defensive position, Disasi played a key role in the stirring derby triumph over Nice. Enjoying a captivating clash with Danish striker, Kasper Dolberg, Disasi clearly came out on top, with him overpowering his adversary with his physicality and fearless approach.

Exhibiting good concentration and alertness, he was very aware of his surroundings, which helped him to make coherent decisions. This saw him track Dolberg (and others) diligently when he dropped deep, as Disasi responded swiftly to follow him aggressively so he had no time or space to turn or control passes to feet cleanly. The fact he imposed himself physically using his strength only compounded issues for the Dane, who was constantly unbalanced and outmuscled by the hulking Disasi.

The graphic below depicts Dolberg’s struggles, for he only completed 10 of his 22 total actions, with Disasi’s presence certainly playing a part in limiting his impact.

Possessing solid pace and quick reactions, this ensured he could track runners in behind and down the channels, get across to support a colleague or take on the reins of a marking assignment. It was also important to note how he’d put an arm across a runner to slow their momentum so they couldn’t gain separation. Being positioned in a slightly diagonal stance on the balls of his feet meant he could powerfully move either forwards, backwards or laterally and not get caught out.

In terms of handling crosses and cutbacks, he performed admirably too. Swift to read the ball’s trajectory and awake to the positioning of opponents, the former Reims enforcer dealt with threats to cut out many a delivery with either his head, body or foot.

Meanwhile, when not directly dealing with a marker, he maintained an organised shape and ideal spacing between his defensive comrades. Be it shifting across, dropping deeper or stepping the line forward, he and his teammates dovetailed well to cover spaces while remaining compact.

It was important to note the leadership he showed by instructing and communicating with his teammates to adjust their positioning or be wary of a marker venturing into their designated area of operation.

Blending smarts and force, Disasi was pivotal towards Monaco remaining resolute on his way to winning eight of his 11 duels, plus making eight interceptions and 12 ball recoveries.

Contributing nicely on the offensive end too, Disasi passed and carried the ball with purpose to help his team progress from the back. While he struck the simpler passes and recycled possession smoothly, the biggest highlights came from his line breaking passes into feet and his switches of play.

Choosing the appropriate moments to go for the more ambitious passes, it was good to see his confidence to play these forward thinking passes that take many players out of the game. It must be said, he did miss the target with some of his longer passes, but it was nonetheless endearing to see him attempt the riskier passes. Furthermore, the fact he remained calm under pressure was a big plus, allowing him to still exercise sound judgement with his pass selections.

Disasi’s towering goal to open the scoring acted as a fine reward for his excellence, where he showcased his aerial class, bravery, springy leap and anticipation to nod home Youssouf Fofana’s inswinging corner.

Even though both he and the team have had some challenging moments, things are certainly looking up for Disasi and Monaco after their outstanding wins over Bordeaux and Nice. Wanting to repay his manager’s faith for recently naming him vice captain, Disasi’s unquestionably doing so, with him improving with every passing week under Kovac’s tutelage.

A star in the making and a commanding figure on the pitch, the summer signing of Disasi is looking more and more shrewd with every passing display.