Volland’s mastery crucial in AS Monaco’s ousting of PSG 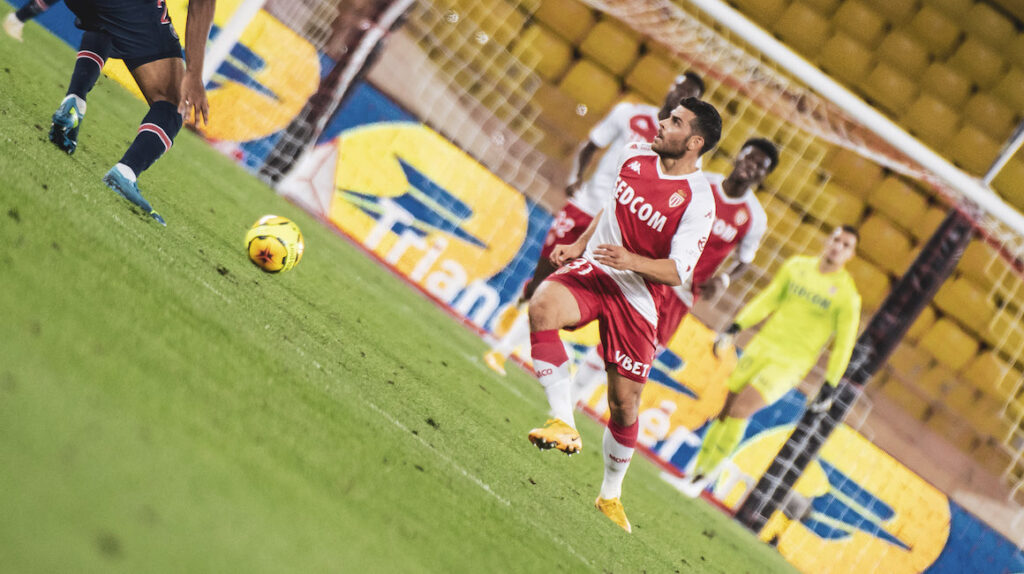 Playing a part in all three of AS Monaco’s goals in their amazing comeback win over Paris Saint-Germain, Kevin Volland’s performance was an integral component of the victory.

Although it hasn’t all been plain sailing since he joined from Bayer Leverkusen in the summer, Volland’s now looking settled after his initial period of adaptation. Having now scored four goals in his last three matches, Niko Kovac made a point of praising Volland, who scored a crisp brace and won the penalty for Monaco’s third. “I’m not surprised by his contribution because I know what Kevin can give to the team,” he stated.

“When he arrived, I said I had to give him time because he was coming to a new country, a new city, a new club, with a new language, in a new league. It is important to have a decisive second striker to accompany Wissam Ben Yedder, our captain. And in his absence, he has proven himself to be decisive too.

“He finished with two goals and an assist. I also want to note the importance of the changes at half-time with the contributions of Caio Henrique and Cesc Fabregas. Cesc scored a goal and gave Kevin an assist. I am very happy.”

So intelligent with his movement and a master at reading the play, the €11 million signing rapidly identified spaces all over the pitch to provide an outlet for his team. His goals offered a testament to this, where he was awake to what was going around him so he was in position to fire home his efforts. Remaining composed and showing his instincts inside the box, his first goal was especially impressive, where he timed his run superbly before faking a shot to unbalance Keylor Navas in goal. This clever move saw Navas commit to his right, as Volland then duly finished into the bottom left corner.

On many occasions, Volland exploited the blindside of opponents, the gaps between defenders and timed his runs wonderfully to get into excellent zones inside the box. Even though his runs weren’t always obliged, this was nonetheless positive to see him providing the threat.

Volland’s nous in this regard notably transferred to when he dropped deeper to link play with his back to goal. Choosing his moments astutely when to come short, he regularly formed 3v2 overloads in midfield and in wider areas to help Monaco progress upfield.

Seeing as Willem Geubbels would often occupy one or both of PSG’s central defenders, this placed doubt in their minds whether to follow him deep. This confusion frequently meant his markers stayed put, thus leaving him in huge spaces between the lines or the half spaces to link the play or turn and drive on the dribble.

It was also good to see Volland repay the favour, for he’d draw one or more markers towards him, which free’d up space for colleagues to receive in.

Other aspects of his movement that deserve mention came from how he’d subtly rotate with his fellow frontmen and the way he’d help manufacture promising 3v3s or 4v4s in transition to place heavy strain on Thomas Tuchel’s backline.

Once on the ball, Volland shone brightly too, with his quality control, awareness and execution ensuring he could connect play, weave out of danger and execute his actions coherently. So good at remaining calm under pressure, this saw him fire off clean lay offs and protect the ball with his strength and evasive dribbling.

The fact he’s extremely strong and has a low centre of gravity helped him remain balanced to withstand harrying too. Indeed, many elements of the aforementioned helped him win the penalty, where Abdou Diallo was forced to use excessive force to stop the bulky Volland from dribbling towards goal, which also earned the French stopper a red card.

Passing the ball neatly and with precision, whether it was combining intricately in tight zones, spreading the play, sliding in through balls or instigating counters with accurate line breaking passes, his efficient distribution was a real highlight.

By the numbers, his four shots, 17 accurate passes, seven touches inside the box and two dribbles depicted his menace.

Putting in an accomplished centre forward display, Volland’s output was full of upside and demonstrated what a fantastic player he is. With Monaco being such a young team, the 28-year-old’s experience and nous was super valuable, for he regularly communicated with his colleagues and gave a sense of calm to Monaco in this colossal clash.

Going from strength to strength with every passing week, the German certainly shouldered the offensive load in the absence of Ben Yedder. Clinical, effective and able to hurt his adversaries in many ways, Volland’s wicked form has been a massive boost to Kovac’s men in recent weeks.

His PSG display was his best body of work yet, as the challenge will now be keeping up his elite level for Champions League chasing Monaco.