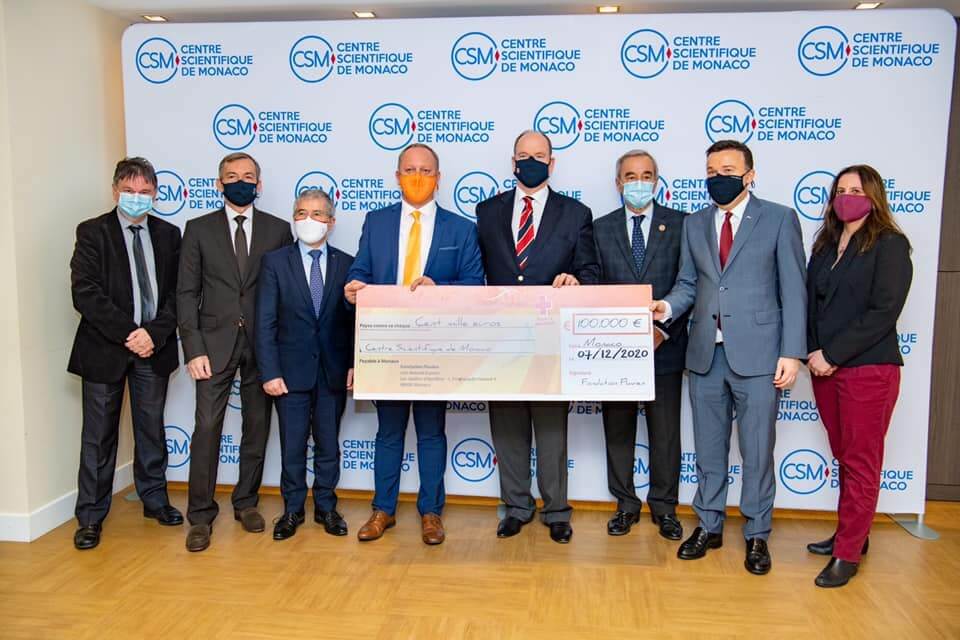 Thanks to grants from the Flavien Foundation, the Scientific Centre of Monaco has had a breakthrough in the field of paediatric cancers and brain tumours.

There are some traditions that even Covid-19 cannot upset. On Monday 7th December, as has been the case for the past 5 years, the Flavien Foundation handed over a 100,000 euros cheque to the researchers of the Monaco Scientific Centre (CSM) in the presence of Prince Albert II. The Flavien Foundation funds the CSM’s research on paediatric cancer, more specifically brain tumours. Currently, the CSM is working on reducing the long-term effects of childhood brain tumour.

The partnership started in 2014, 21 months after the passing of Flavien, a Monégasque resident and son of Denis Maccario, founder and president of the Flavien Foundation. Maccario’s dedication to pushing for research on paediatric cancers and brain tumours has paid off: the CSM has now had a breakthrough. The results of the center’s research will soon be published in a scientific journal. They will also undergo a clinical trial.

These children still need us. We must live up to their fight and to the love that they had for us, and for life.

A team of the CSM has been working on “Mechanisms of Resistance to Targeted Therapies” for paediatric cancers. The grant from the Favien Foundation is also used to purchase cutting-edge equipment and other materials necessary for research, Nice-Matin reports.

Researchers have successfully demonstrated the therapeutic potential of a molecule called axitinib, already used for the treatment of kidney cancer in adults. Given its low level of toxicity, the molecule would be capable of entering the brain without altering healthy tissue.