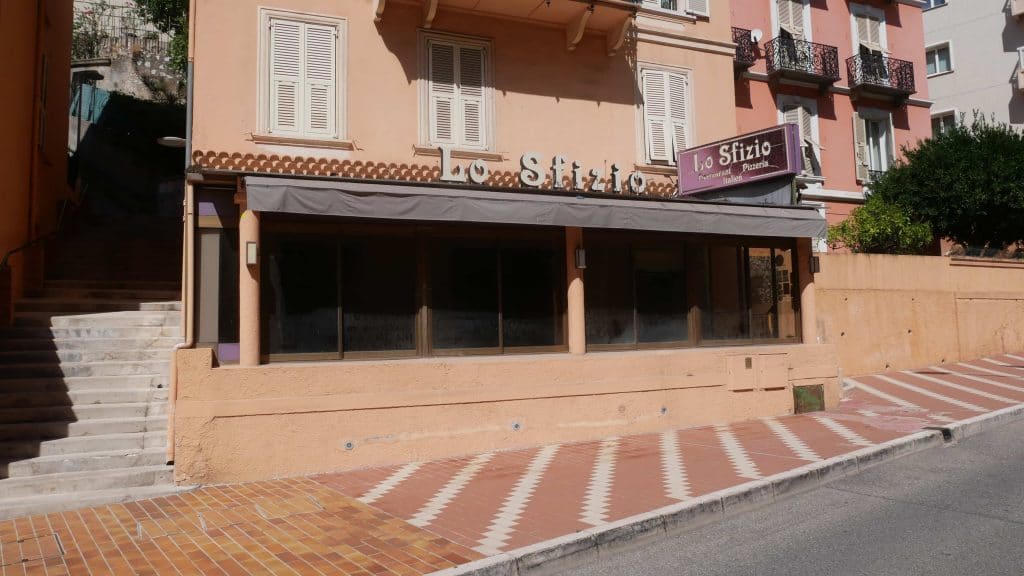 Have you ever noticed that some establishments in the Principality are vacant? Restaurants or souvenir shops, some of them are covered with dust and cobwebs just waiting to be reborn.

Located on Rue du Portier, Lo Sfizio was a restaurant with fresh market products and Italian tastes and flavours.

Unfortunately, these Mediterranean dishes have remained in Italy as the site has been closed for four years now. An absence felt on the windows of the old restaurant: dust has taken over and some have fun writing phone numbers or declarations of love with their fingers.

There are no plans for a reopening and, for the moment, no one has taken over the building.

Constantine – Atelier du goût was a small and intimate space that served its customers Mediterranean wines and dishes on the Port de Fontvieille.

The restaurant has been closed for almost two years. Due to unpaid bills, the former owners had to leave overnight. Despite the dust, the tables are still ready to be served.

According to our information, someone has taken over the building and work is planned. However, with the health crisis, the future of the restaurant remains uncertain.

Formerly a tea room, the building is frozen in time next to the Place de la Visitation.

Indeed, one can still find Christmas decorations or wishes for happy holidays… dating from 2019! A date that is reflected in the establishment where the soft drinks on display have lost their colouring (and surely their taste) or the bottles are covered with cobwebs.

According to nearby businesses, no one seems to enter the tea room and it has not been bought out.

This souvenir shop on the Rock is now firmly in the shade… even if it had its days in the sun. The old shop was well known to the inhabitants of Monaco-Ville for the design of personalised chefs’ aprons and hats.

There is a real mystery surrounding the shop, which is completely covered by reflective sheeting. According to nearby businesses, someone bought the shop in February 2020. At the moment, people are passing through and it seems that it is for building work. No opening date is planned. The shop is expected to once again focus on souvenirs.

Compared to the aforementioned places, Carlito’s pizzeria has never opened its doors on Rue Grimaldi.

An enigma that has persisted for over a decade now and continues to intrigue with the sheeting that covers the restaurant.

During the construction of the restaurant, the person who bought it did not respect the work to be done. The courts took up the case and the verdict came down in 2020. The owners then had to sell the site. In the end, Carlito is expected to become offices on the ground floor and flats on the second floor. Work should start by the beginning of the 2021 academic year.