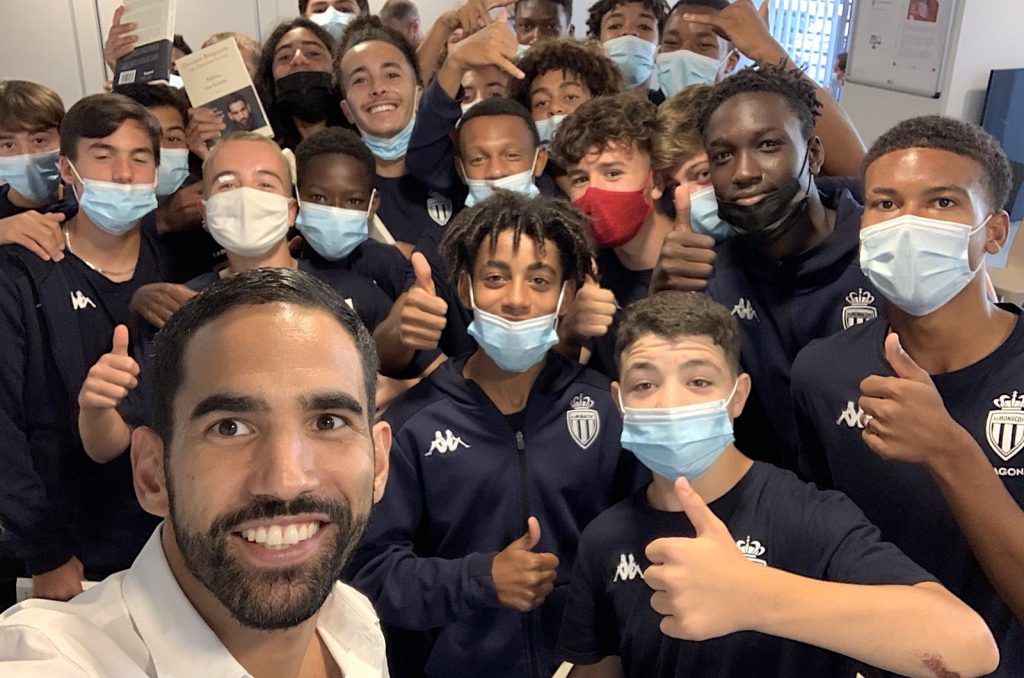 The former footballer who stopped by the Toulouse FC training centre, author of the autobiographical book “Adieu ma honte” in which he reveals how his homosexuality tainted his dream of becoming a professional footballer, visited the youngsters of the AS Monaco Academy. Interview.

Ouissem, how did your appearance with the young people of the AS Monaco training centre go?

Honestly, it went really well. I was a bit apprehensive, as it was my first appearance in a football club. I had already exchanged with some players via agents, but in small groups, it’s one thing, in front of the strength of a group, it’s another. The U17 and U19 players from AS Monaco were great. They exchanged with me, sometimes being very honest. One of the players told me “I don’t like gays and I don’t know why.” In the space of an hour, in their minds, they have come a phenomenal distance. It gives me hope, and it shows that this is the way forward.

Do you think mentalities have changed since your time at the Toulouse FC training centre?

No, not really. But mentalities are more open to change. In the speeches that the young people gave me, there were some not so good, but many positive things. They understood what discrimination is, that you don’t choose your sexuality. This is what I came for and I am confident that future generations will change.

I felt that the management team were fully supportive of my talk. In my time, the coaches were rather reticent about these subjects.”

How did you react to the success and the debates after the release of your book “Adieu ma honte”?

I was pleasantly surprised. I am delighted. Now that my career is over, it is for them, the young people, that I tell my story. For those young footballers who might be gay and who just want to play their sport in peace. I felt that the whole management team was supportive of my talk. In my time, the coaches were rather reticent about these subjects.

Will the Canal+ report “Faut qu’on parle” (Let’s talk), which gives a voice to six sportsmen and women who talk about their homosexuality, make it possible to normalise speaking out?

I want to believe it. I saw the documentary. I liked the rugby player’s (Jérémy Clamy-Edroux) appeal at the end, “when will it be, footballers?” If my book can help to foster an environment in which one can freely accept and live one’s homosexuality, I will be the first to be delighted. The signs are going in the right direction, as this report and today’s speech prove.

Did you feel that the young people of AS Monaco were listening?

Very sincerely, yes. At the end, they all thanked me by giving me fistbumps. In the photo at the end, they were all smiling. They appreciated the speech and were very receptive. It is now up to Monaco to tell me what came out of it. But I really have the impression that they will think about it. I’m looking forward to getting feedback.

Are you going to carry out a tour of France’s clubs in the same way as this appearance at the AS Monaco Academy?

It is underway. I have other speeches planned. I have had requests from League 1 and League 2 clubs. I am waiting for confirmations. But the tour has started well.

In my time, I would have liked a footballer to say that football is compatible with homosexuality, that it doesn’t change anything about speed, endurance or recovery.”

What are your future plans?

I will continue to make my voice heard. AS Monaco is the first club where I was able to speak. With Toulouse FC, we are going to prepare an even more extensive appearance. I have also met with the Football League to develop projects during the year. I will also continue to promote my book, through an audiovisual project for example. There are many projects, I won’t be bored, that’s for sure (smile).

Do you think there is a need for an icon to embody this movement, like the American star Megan Rapinoe among women?

I would like to think not, but I’d have to say yes. Megan Rapinoe has done a lot of good for women’s sport and I know how important it is to grow up with a role model. In my day, I was sorely lacking. I would have liked a footballer to come out and say that football is compatible with homosexuality. It doesn’t change speed, stamina or recovery. I hope that my speech will inspire others. Thanks again to AS Monaco for opening its doors to me, because I won’t be able to do everything alone. I will need help to get my message across.