PORTRAIT. Hugo Micallef, prince of the ring with an artistic sensibility 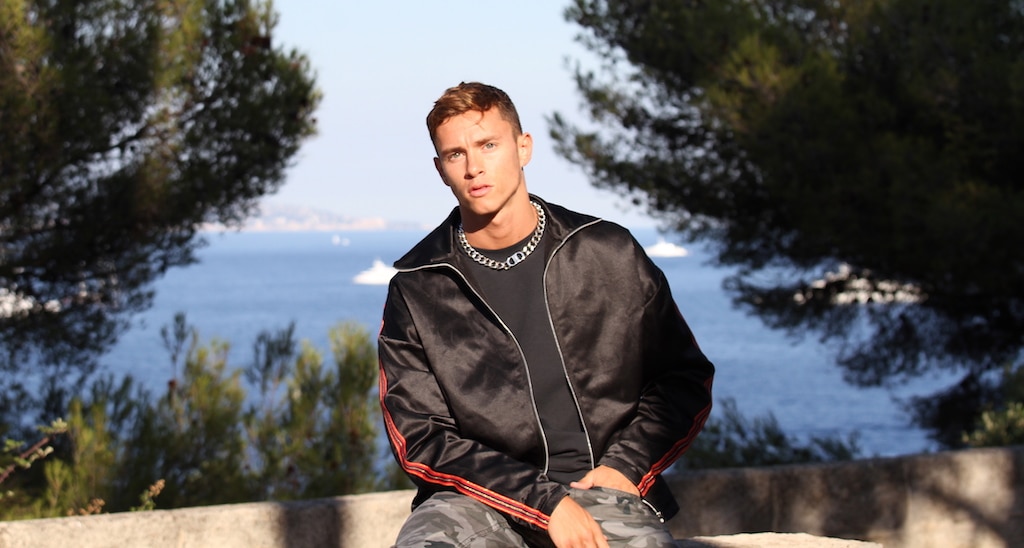 Winner of his first professional fight at the beginning of the month, the Monegasque boxer has launched his new career perfectly. At 23 years old, Hugo Micallef is destined for a bright future in boxing. Portrait of a passionate man ready to do anything to achieve his dream: to be crowned world champion.

Who said that boxing is always synonymous with violence? Far from the sometimes tarnished image of a discipline reputed to be dangerous, Hugo Micallef is forging his own path. “He is a very nice guy, respectful, calm and composed,” says Riccardo Beretta, a childhood friend like his six other friends with whom he forms a close-knit and inseparable group. “Hugo has the face of an angel. He is not a brute. He even has a hidden talent, drawing. He’s very skilled”.

When he doesn’t have his gloves tied around his wrists, the young Monegasque boxer likes to lose himself in his imagination, his parallel world. “It’s a passion I’ve had since I was a child. I used to draw from morning to night,” he recalls with a smile. “I tried everything, portraits, landscapes, manga, comics, reality, fantasy…” And boxing? “I don’t venture too far into that subject. In my head, they are two completely separate worlds.”

From boxing gloves to pencils

A boxer with an artistic streak, “boxing is a bit like a dance choreography when it is well executed”, Hugo Micallef turned professional this summer after signing with the American promotion company Top Rank, owned by the legendary American promoter Bob Arum. A childhood dream.

“I used to watch tapes of my father who was a boxer himself. It inspired me. I immediately understood that I wanted to make boxing my profession”. At the age of 9, after trying his hand at judo and tennis, the young Hugo joined the boxing club in Monaco, in the bowels of the Louis II.

Winner of several competitions in his youth, notably the Mediterranean Cup, which he won three times, as well as the regional championships, the man who idolised Roy Jones Jr, Floyd Mayweather and Ray Charles Leonard became French champion in his first year in 2015.

“Hugo is lucky to have a fast metabolism, which means he does not have difficulty losing weight,” reasons Thomas Cretot, his physical trainer, also a member of the group of eight to which Charles Leclerc belongs. “This advantage allows him to be in a light category (-63.5 kg) even though he is tall (1.81m). He is also mobile and very fast”.

Boxing, a reason to live

But his main strength lies in his mind, which is definitely well-developed. “Hugo is very complete, but he is also and above all an intelligent boxer who thinks a lot in the ring. This allows him to find solutions to beat his opponents. Boxing is a combat sport, but strategy is important”. A clever strategist, the Monegasque makes no secret of it. “I want to be a world champion in professional boxing”. The words have been spoken, the goal declared, the doubts erased.

When I am with Charles (Leclerc), we often discuss our careers. We lift each other up

For Riccardo Beretta, there is no doubt. “Yes, he will be world champion,” he says. “He will be ready in three or four years,” says Thomas Cretot. “For the time being, he needs to string together fights and victories to build his career”. Just like the French super-heavyweight star Tony Yoka is doing.

So to reach for the moon, Hugo Micallef does not hesitate to make sacrifices. “Since I was a child, I have not had quite the same life as my other friends. I’ve had to make sacrifices. Our group is very close, we want to be together all the time. But sometimes I have to make choices.”

Like a certain Charles Leclerc. “When I am with him we often discuss our careers and ambitions. We both lift each other up”. To give a second wind to his young career, the boxer headed to the Canary Islands and Gran Canaria over a year ago. “I needed a new lease of life.” He headed for Las Palmas to work alongside the renowned Spanish trainer Carlos Formento. The integration was swift.

“I always said I wanted to move to a place where life is good,” he says with a smile. “The people are friendly, the sun is always out, I enjoy the culture. There’s everything you need to perform”. Off the coast of Morocco, on the shores of the Atlantic, the drawing ace is not there to party. Quite the contrary.

“His routine is strict and straightforward,” says his fitness coach who has been with him in Las Palmas for a year. “He gets up in the morning, has breakfast, goes to train, eats, has a nap, trains again, eats and sleeps. Every day. Everything is fine-tuned for performance.”

When I stepped into to the ring, I felt a great joy. I had been waiting for this for so long

Back in Monaco from time to time, often after his battles to recover, Hugo Micallef takes advantage of this to see his family and friends. Special and rejuvenating breaks. He was also in the Principality during the second half of September. He was able to savour his victory of his very first professional fight. “When I stepped into the ring, I felt an immense joy, it’s difficult to explain. I had been waiting for this for so long…”

>> READ MORE: Jean-Marc Toesca (Ambitious Monte-Carlo): “Boxing is back in the limelight”

His second fight is scheduled for next December. In a few days, on 3 October to be precise, the greatest boxer in the Principality will fly to the Canaries to resume his preparation. Duty calls. But when you love, you don’t count anymore. The sacrifices, the rigour, the seriousness, the dietary routines, Hugo Micallef has developed a taste for it. “I’m doing this for a clear reason”. We’ll see him in three years. Or perhaps before.