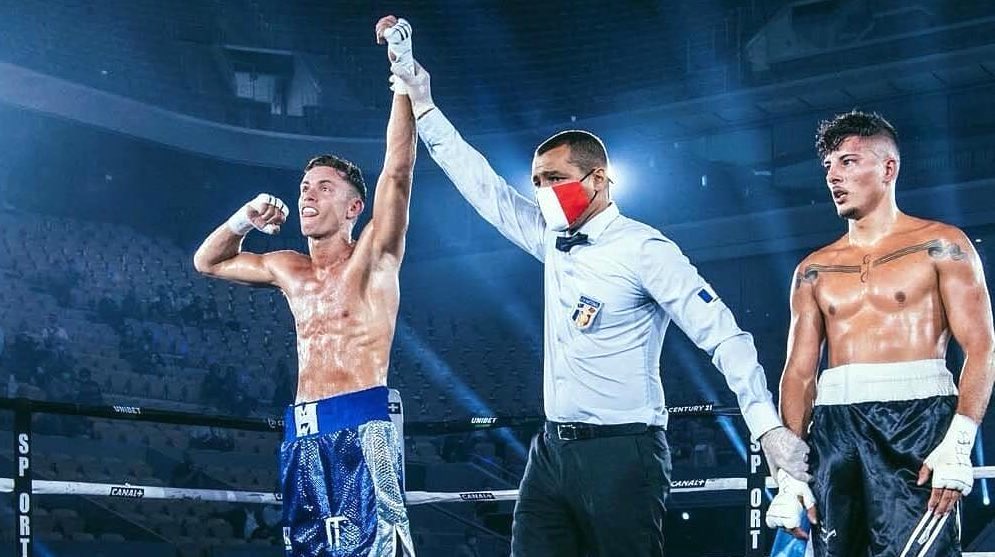 The Monaco boxer had the perfect start to his professional career, winning by a unanimous decision against the Argentinian Ezequiel Gregores.

He couldn’t have dreamed of a better start. For his very first professional fight in the welterweight category, Hugo Micallef’s baptism of fire was a roaring victory on the central court at Roland-Garros. Having signed up with the American outfit Top Rank Boxing, the 23 year old notched up his very first win after an exceptional performance over four rounds.

>> SEE ALSO: How Monaco’s athletes are returning to training »

Carlos Formento’s protégé gave his opponent no chance, fighting in the opening bout of a night that saw French boxer Tony Yoka claim his eleventh professional victory in as many fights in the super-heavyweight category.

A first win with the promise of more to come

“I’m happy to win at Roland Garros for my first time in the big leagues,” said the Monegasque after his match. “It’s a unique moment. But the hardest thing now will be to follow it up.”

>> SEE ALSO: Hugo Micallef: “I think I still have a shot at the Olympics”

With this first victory, Hugo Micallef showed that he had got over his failure to qualify for the Tokyo Olympic Games, training intensively for many weeks in the Canary Islands. The Monegasque boxer is due to continue his preparation in Gran Canaria, before his next fight which could take place before the end of the year.