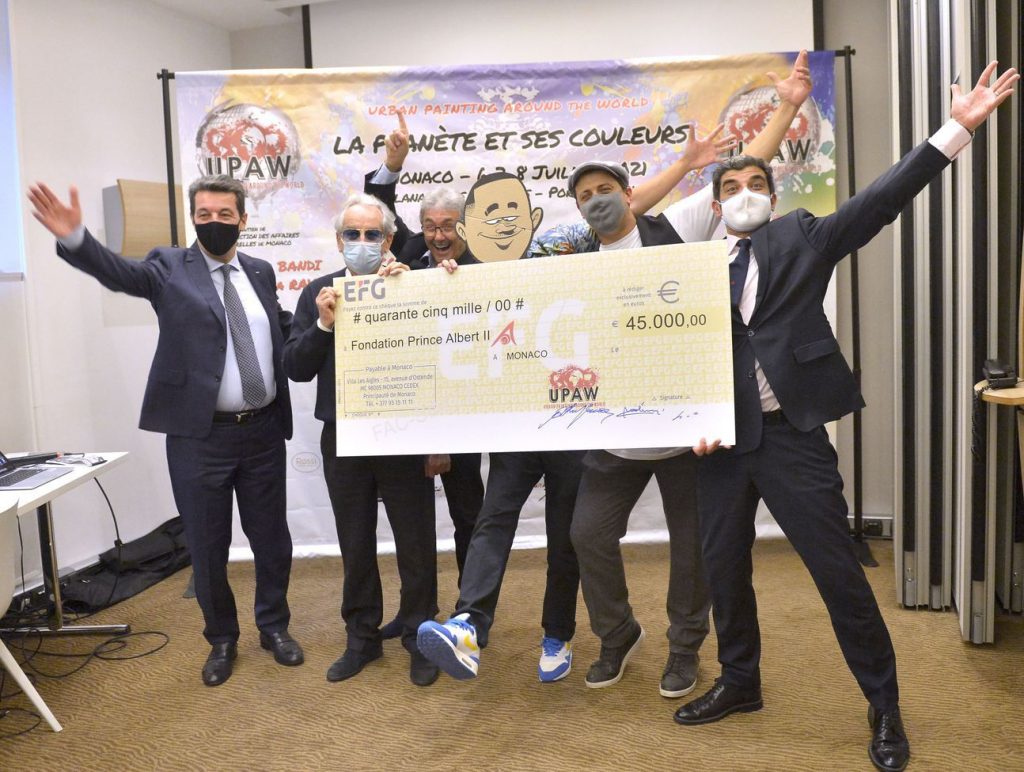 UPAW presented a cheque for 45,000 euros to the Prince Albert II of Monaco Foundation, as a contribution to conservation of the Mediterranean monk seal.

Art can work wonders… and even save endangered species!  This was the challenge taken up by the Urban Painting Around The World (UPAW) non-profit organisation on 4 and 8 July.  The artists had the opportunity to create their works live in front of curious spectators, at the foot of the Monaco seawall.  In 2020, they had already painted to raise funds against sea pollution.

The paintings were auctioned off at the end of the event, enabling UPAW to raise the sum of 45,000 euros.  The association generously donated the entire amount to the Prince Albert II of Monaco Foundation as part of the Monk Seal Alliance.  This pro-biodiversity initiative aims to save the Mediterranean monk seal, an endangered species.

A great initiative to save the monk seals

On 21 October, UPAW founder Alberto Colman officially handed over the cheque for 45,000 euros to Olivier Wenden, Vice-President of the Prince Albert II of Monaco Foundation, who declared: “The Foundation is very honoured to receive this donation towards its conservation efforts in favour of the monk seal, a species that seemed to have completely disappeared twenty years ago. [It] has a long-standing commitment to the conservation of this iconic species, supporting projects in the Mediterranean since 2011.”