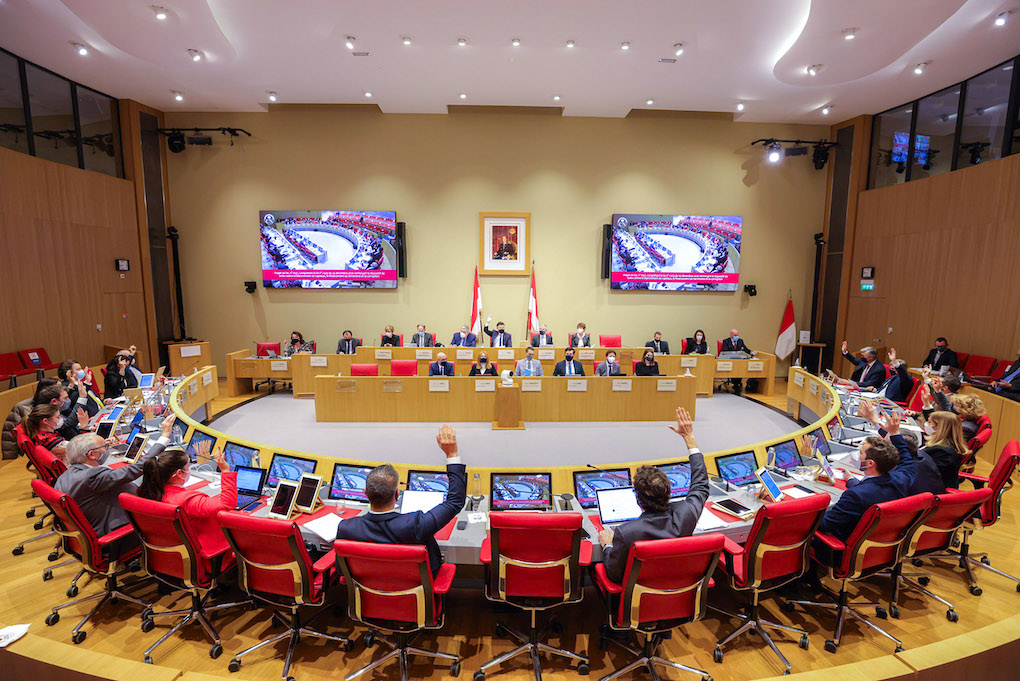 At the heart of two bills is the combat against money laundering, terrorist funding and corruption.

The National Council tackled this major issue during an extraordinary session on Monday 31 January. At the end of the session, two bills were adopted unanimously by the elected representatives, one to strengthen the fight against money laundering, terrorism funding and corruption, the other to provide appropriate criminal penalties.

“It was urgent because we needed these two texts as quickly as possible to reassert our credibility, but also essential because it was a case of extending a system that got well underway in December 2020 thanks to a first bill, and supplementing a system that could not be introduced by Ordinance“, Minister of State Pierre Dartout explained to Monaco Info.

In essence, the law passed in December 2020 will be supplemented by a number of standards, in particular European standards, so as to guarantee the Principality’s credibility internationally. The Monegasque legal system will have greater powers to carry out audits and the economic sectors that are concerned by the risk of money laundering will be better informed.

New categories of professionals in the luxury sector have been added to those already bound by the law, as Jean Castellini, Minister of Finance and Economy, explained to Monaco Info: “It is important, in a country like the Principality, to take heed of identified threats and vulnerabilities.  Given the importance of the sector, it was appropriate that a number of professions be included in the law”. In particular, this concerns professionals in the sale or rental of works of art, materials, stones and precious metals, jewellery, watches or other high-value objects.

As for the criminal penalties provided for by the second text, aggravating circumstances will apply to those sectors that are specifically bound by this law and are found guilty of money laundering. “We call on people to be more vigilant and responsible. A commission will be in charge of the sanctions”, Pierre Dartout explained, adding that a Monitoring and Coordination Committee will meet this Thursday  to present the national strategy and have discussions with the main actors concerned.