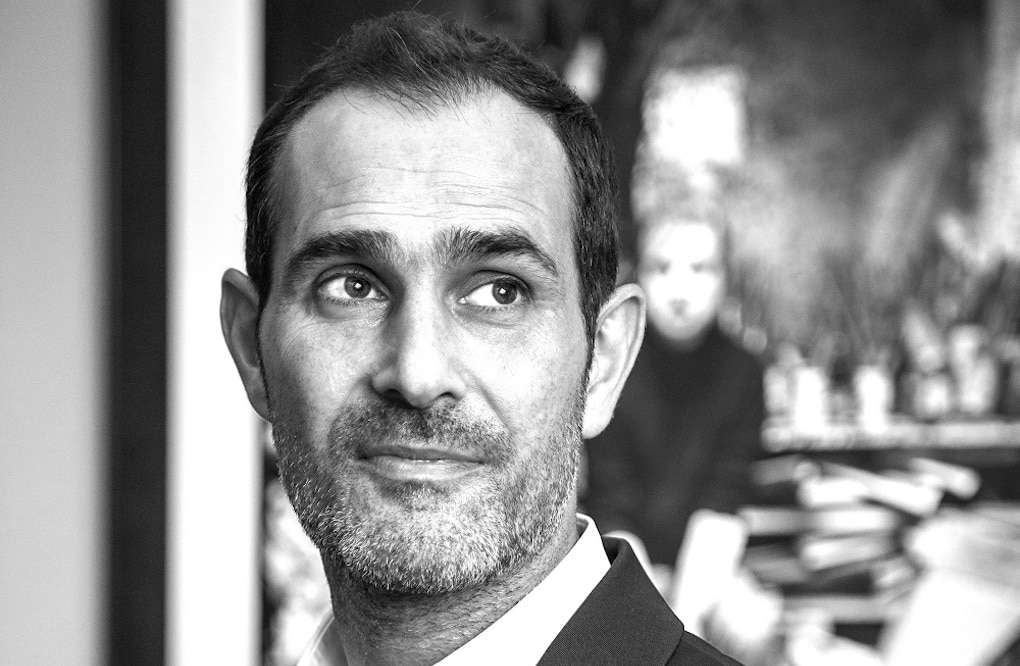 The patron and president of the Francis Bacon MB Art Foundation agreed to tell us about his passion for the painter and the activities carried out by his Foundation.

Could you tell us about your background?

After a degree in business administration followed by a master’s degree in international relations in England, I started working as a corporate director in my family’s business in Monaco. I am also co-owner, along with my brother, of the Hôtel Métropole in Monte-Carlo and founder of the Francis Bacon MB Art Foundation Monaco, a non-profit institution that is dedicated to the British artist Francis Bacon.

How would you describe the bond between yourself and Monaco?

Extremely strong. My family has been here for over forty years and I am deeply attached to the Principality and the Princely Family.

Why did you decide to launch the Francis Bacon MB Art Foundation in Monaco and not elsewhere?

During my student years in London, I took an art history course and on a visit to the Tate Gallery, when I was in my twenties, I came across Bacon’s triptych, Three Studies for Figures at the Base of a Crucifixion (1944), which defied interpretation and triggered a need within me to explore his world.

In the course of my research, I discovered that the artist first visited Monaco in the early 1940s, that he was a resident of Monaco from July 1946 until the early 1950s, and that he continued to stay regularly in the Principality with his family, lovers, and circle of friends right up until the end.

He would readily speak of his stays in Monaco and he often referred to the work he managed to do here, despite the many distractions he faced. It was in Monaco that he began to focus on the representation of the human figure and began his first series of popes and series of heads. Creating a foundation in the Principality therefore seemed to me to be an obvious choice.

His powerful images, tinged with intense pain, disturb, shock, fascinate and have such a spellbinding power that nobody can remain indifferent

The vital support of Prince Albert II and the Monegasque authorities played a major role in the creation of the project, and the Sovereign inaugurated the Francis Bacon MB Art Foundation on 28 October 2014, the anniversary of the painter’s birth.

What does the painter mean to you? What does his art awaken in you?

When Bacon burst into my life, I was quickly fascinated by this unique, unclassifiable, self-taught and uncompromising giant whose works raise burning questions. As an observer of his time, he made monumental and tragic works, “a concentration of reality,” as he put it so well, which captivated and haunted me. His powerful images, tinged with intense pain, disturb, shock, fascinate and have such a spellbinding power that nobody can remain indifferent.

SEE ALSO: The Multimedia Library of Monaco receives a work by Francis Bacon

Is there a seminal work for you?

One of my favourite works by Bacon, and part of my collection, is Figure Crouching, a canvas dating from 1949 that was probably painted in Monaco.

What are your Foundation’s aims?

The Francis Bacon MB Art Foundation is a non-profit institution that is dedicated to study and research on the British painter. It was created to promote a better understanding of the artist’s work, life and creative process, with a special focus on the period he spent living and working in Monaco and France.

It supports research, awarding a research scholarship every four years to a doctoral student at the École du Louvre whose work focuses on Francis Bacon, and is open to researchers and art historians. It also supports artistic creation by providing scholarships to young graduate students from Villa Arson, publishes books on Bacon and supports publications about the artist.

The Foundation also produces short films about the painter and contributes to exhibitions by lending works or through financial support. The Grimaldi Forum in Monaco, the Tate Liverpool, the Musée Fabre in Montpellier, the Fondation Beyeler in Basel, the Musée Fernand Léger in Biot, the Centre Pompidou in Paris, the Musée des Beaux-Arts in Lyon and the Royal Academy in London are some of the museums we have cooperated with.

The Foundation is open year round to researchers and art historians. It is open to the public, by appointment only, every Tuesday and on the first Saturday of the month for guided tours, free of charge.

What other philanthropic activities have you carried out?

In 2020, I created an endowment fund with the Musée du Louvre, directed towards the conservation and enhancement of the collections of this prestigious Paris institution.

The income from the fund is destined to support the restoration of works in the Louvre that were admired by Bacon during his many visits, some of which influenced his own work. That same year, I became a patron of the École du Louvre’s endowment fund by making a capital donation to enable it to carry on its work.

By creating the Francis Bacon MB Art Foundation, I wanted to make a further contribution to Monaco’s existing cultural palette.

I was also the patron of an ambitious architectural project entitled “ÉCOLE DU LOUVRE 2021-2022” involving the refurbishment of its library, IT and documentation services and cafeteria, as well as the creation of a research centre, which was recently inaugurated in the presence of the French Minister of Culture Roselyne Bachelot-Narquin and Princess Caroline of Hanover.

It is the most significant funding ever provided to an educational establishment run by the Ministry of Culture. For this major project, I also provided the school with two sculptures by the British artist Antony Gormley, Witness VII and Witness VIII, as well as an easel that belonged to Francis Bacon and a photograph of the artist, bringing works of art into this study and research environment for the first time.

How do you view the cultural offering and the art world in Monaco?

Culture in all its forms has always played a fundamental role in the history of the Principality. The Ballets de Monte-Carlo, the Philharmonic Orchestra and the Monte-Carlo Opera have been internationally renowned for over a century.

I have noticed a significant development in the cultural offering in the Principality over recent decades, in particular thanks to the opening of two establishments: the Grimaldi Forum which, along with its other attractions, hosts a major exhibition every summer that has become a must-see event, and the New National Museum of Monaco, which holds several exhibitions each year, promoting Monegasque heritage and its collection.

The Oceanographic Museum, by inviting major artists for its temporary exhibitions, has also contributed to this movement. This development was made possible thanks to the essential support of Prince Albert II and Princess Caroline of Hanover as well as the numerous initiatives by the Directorate of Cultural Affairs.

The Principality of Monaco has also become a pivotal centre for the art market with the arrival of the artmonte-carlo show but also thanks to the recent opening of prestigious galleries and the vitality of its auction houses. By creating the Francis Bacon MB Art Foundation, I wanted to make a further contribution to Monaco’s existing cultural landscape.

What are your tastes and choices as a collector?

I have dedicated my collection to the works of Francis Bacon but I have also acquired works by painters who worked alongside Bacon, such as Graham Sutherland, Roy de Maistre, Denis Wirth-Miller, Vladimir Veličković, César, Maggi Hambling and Louis le Brocquy, or who were influenced by the work of Bacon such as Ernest Pignon-Ernest or Robert Longo.