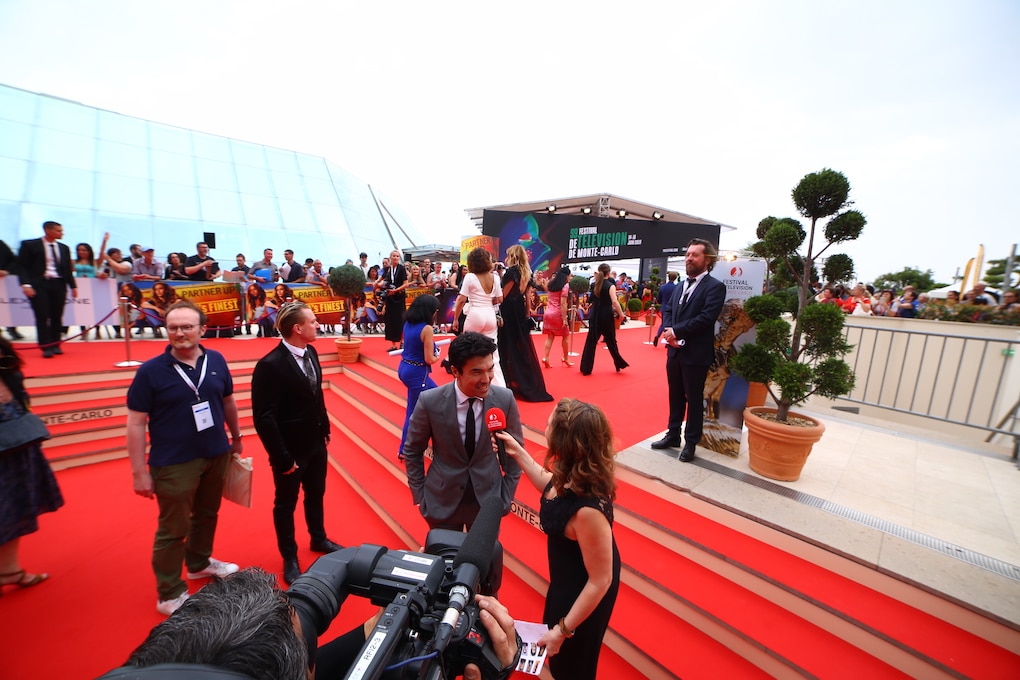 The 61st edition of the event, which will take place from 17 to 21 June, promises some new features and surprises.

This is one of the Principality’s unmissable events. Since its creation in 1961, at the instigation of Prince Rainier III, the Monte-Carlo Television Festival has thrilled TV series lovers, who come from all over the world to discover the new gems of the small screen and meet their favourite stars.

61 years on, the event is the oldest festival in the world that is dedicated to the TV industry.  The oldest, but also the most innovative. For Laurent Puons, CEO of the Monaco Mediax group, which organises the Television Festival, this modernity goes back to the very origins of the Festival: “It is safe to say that Prince Rainier III was a pioneer, a visionary even, when we see the strength of the industry today! For the last twenty years, Prince Albert II has been the Festival’s Honorary President. He too, has shown great vision, as he has always been able to adapt the event to meet the industry’s needs.”

Digital platforms, opening the festival up to the public to promote the event… Far from resting on their laurels, the organisers of the Festival have always made it a point of honour to reinvent themselves: “The Festival has always been a forerunner. For example, it was the first to open its edition with content from a digital platform in 2018, Jack Ryan, an Amazon production. Every year, we challenge ourselves. What worked in 2021 probably won’t work in 2022,” comments Laurent Puons.

And among this year’s innovations, the creation of two new Awards. First, the Prix du Public (Audience Award), from the official selection, in partnership with BetaSeries. Eleven “binge watchers” will be selected by BetaSeries and will be able to vote online via a secure platform.

Series can get you addicted, in a way that cinema can’t.

There will also be the Nymphe d’Or (Golden Nymph) for the Most Promising International Artist. The special prize, in addition to the Nymph of Honour and the Crystal Nymph, will reward new talents: “those who are not known but who have enormous potential”, states Laurent Puons. And this year, French actor Théo Christine (SKAM France, Suprêmes) will receive the award on opening night.

Finally, ten former presidents of the event were invited to celebrate the last ten years of the Festival, Seven have confirmed, and fans will be able to see Eric Close, Danny Glover, Michael Hirst, Jason Priestley, Jane Seymour, Ron Perlman and Ricky Whittle on the red carpet.

There is no doubt about it, according to Laurent Puons. Television series are now at least at the same level as the Seventh Art. And while the health crisis has undeniably played a role, for the Monaco Mediax Vice-President Delegate, the boundary between small and large screens had already been blurred for a long time: “The Covid crisis, and lockdown, increased consumers’ viewing time. Digital platforms have seen their veiwing figures grow significantly. But personally, I noticed that there is no longer a dividing line between series and films, at least five years ago. I wouldn’t be surprised to see Tom Cruise in a series one day. (…) Today, some TV actors are better known than cinema actors.”

The Festival draws between 5,000 and 6,000 spectators each year, but the growing popularity of TV series could attract more people: “If you go to see an American blockbuster at the cinema, the film starts and ends. You’ll forget about the actors until they make another movie. In a series, people are impatient for a new season to start. Take Game of Thrones, Desperate Housewives, The Walking Dead… these are real phenomena. Series can get you addicted, in a way that cinema can’t.”

New formats, new content, new actors… At the Monte-Carlo Television Festival, the byword is “innovation”. A principle that Laurent Puons, who has been at the helm for ten years, does not intend to abandon: “When I took over the management of the Festival, I wanted to continue to grow it, because there is a huge potential.  (…) Over the last ten years, we have managed to do something no other festival has succeeded in doing: to let the fans meet the stars in ideal conditions.  (…) Also it should be remembered that the festival was the launching pad for the most successful series: Glee, Game of Thrones, Lost, Desperate Housewives were all launched at the Festival. 90% of the biggest hit shows were launched at the Monte-Carlo Television Festival, that’s awesome!”