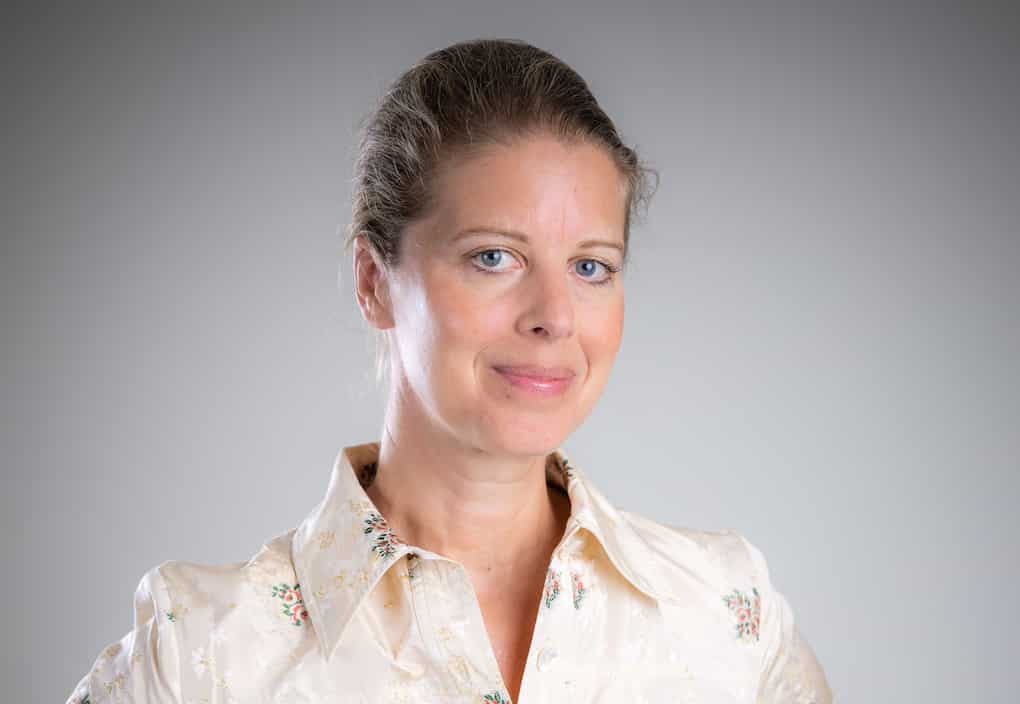 We met up with Louise Gréther who has just joined Sotheby’s after  eight years at the head of Artcurial.

Putting art ‘front and centre’ of the Monegasque stage is the mission that Louise Gréther has set for herself. Newly appointed head of branch at the prestigious Sotheby’s in Monaco, she is now working alongside Mark Armstrong in Monte-Carlo, with the aim of breathing new life into the auction house.

“Mark and I make a fabulous team, I am very lucky to have him by my side,” she says. “I think it’s wonderful for Sotheby’s to be in such a beautiful place.”

The goal: to make Sotheby’s and the Principality a place that collectors flock to. This is why Louise also holds the position of President of Monaco Art Week, a non-profit organisation dedicated to art, under the High Patronage of Prince Albert II, which aims to boost the Monegasque art market.

Starting out in the art world

But let’s briefly go back in time: originally, nothing predestined Louise Gréther to leave her native UK to move to Monaco and work in an auction house: “I wasn’t in this field at all originally.  I studied economics and then worked in an American business consulting firm in London for several years. I think most French people are surprised when you change jobs ilike this, but it’s quite normal and even positive to try different things, to share different points of view, different ways of working. It was a big leap into the unknown, but I did have a great interest in art, it’s a real passion.”

After marrying a Monegasque, Louise Gréther saw Monaco as the ideal place, due to its dynamic and international character, to open a new subsidiary of the Parisian auction house Artcurial in 2015: “Initially, it was on a very small scale.” she says. “We had a small office and then, after a few years, we opened a gallery. That really changed our relationship with the clientele. (…) After that, Sotheby’s contacted me.”

And after eight years of dedicated service at Artcurial, Louise didn’t hesitate for a second to take on this new challenge: “It’s a challenge for me, because when it comes to auction houses, Sotheby’s is the crème de la crème! I sense there’s a lot we can do with this new gallery. The goal is to bring customers in regularly, to show them what is on display. We’d like to organise more events, be creative. We need to reinvent ourselves, make this a vibrant venue.”

Each jewel has its story

To say that there are ideas and projects aplenty would be an understatement. Because Louise Gréther brings passion to her job, whatever the artworks: “I feel very different things, depending on what I see,” she explains. “What I really like about this business is that we see incredible collections, we can feel that the customers are passionate, especially about luxury products and jewellery.”

And when asked about her artistic preferences, she also has a penchant for jewellery: “I love diamonds, but also original, slightly vintage pieces… Plus, we give jewellery for special occasions, there’s always a wonderful story behind it. It’s fabulous to be able to inspire so much emotion in a person.”

Because apart from sparkling jewellery, luxury leather goods, impressive sculptures or bewitching paintings, what Louise loves above all is the relationship she has with her customers: “it’s the most beautiful aspect of the profession. You get close to them, because you share special moments, but also a passion. In auction houses, we experience moving, or funny stories.”

“For example, the other day, a man came to see us with a desk that he had got at the Emmaus thrift shop for about twenty euros. It was a Charlotte Perriand, it was worth between 200,000 and 300,000 euros! He wasn’t a collector, he had just seen this desk, bought it for his wife and then, by a stroke of luck, he saw a TV show about Charlotte Perriand and he realised that it was a valuable piece of furniture: it completely changed his life!”

Louise Gréther hopes to be able to change more lives through her passion and dedication, and to make Sotheby’s shine as bright as possible.