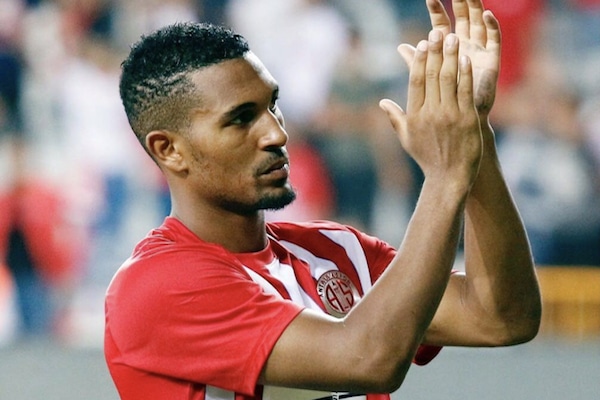 AS Monaco has just registered a new recruit. Following the transfer of Brazilian defender Naldo, the Principality’s club welcomes William Vainqueur. The midfielder, having spent time with FC Nantes and Olympique de Marseille, is on loan from his club Antalyaspor to Monaco until the end of the season.

Formerly of Nantes and Olympique Marseille, William Vainqueur (30) is coming back to France. The defensive midfielder is being loaned for six months by Antalyaspor to Monaco. The Turkish club, with whom he is under contract until May 2020, formalized the information with a press release earlier today. Struggling majorly in L1 thus far (currently 19th), Monaco is still waiting to finalize the transfers of  Fodé Ballo-Touré (Lille) and Spanish midfielder Cesc Fabregas (Chelsea).

As the headline implies William Vainqueur will be bringing his talents back to the Ligue 1. Indeed, the Turkish club Antalyaspor has just announced that the French player would be on loan for the next six months at AS Monaco. Despite the loan, Vainqueur will remain under contract with Antalyaspor until 2020. Their official press release reported:  “William Vainqueur is joining the French team AS Monaco on loan until the end of the season. We wish William good luck for the second half of the season, who remains under contract with us until June 2020.”

Vainqueur is AS Monaco’s second roster reinforcement during this winter Mercato after the addition of Brazilian defender Naldo (36) formerly of Schalke 04. The 30-year-old midfielder was one of the Monegasque leadership’s priorities in order to strengthen their midfield. He should also be available for this Sunday’s meeting against his former club, Olympique Marseille, in an important Ligue 1 match.