The Roca Team meets with Monaco’s Minister of State 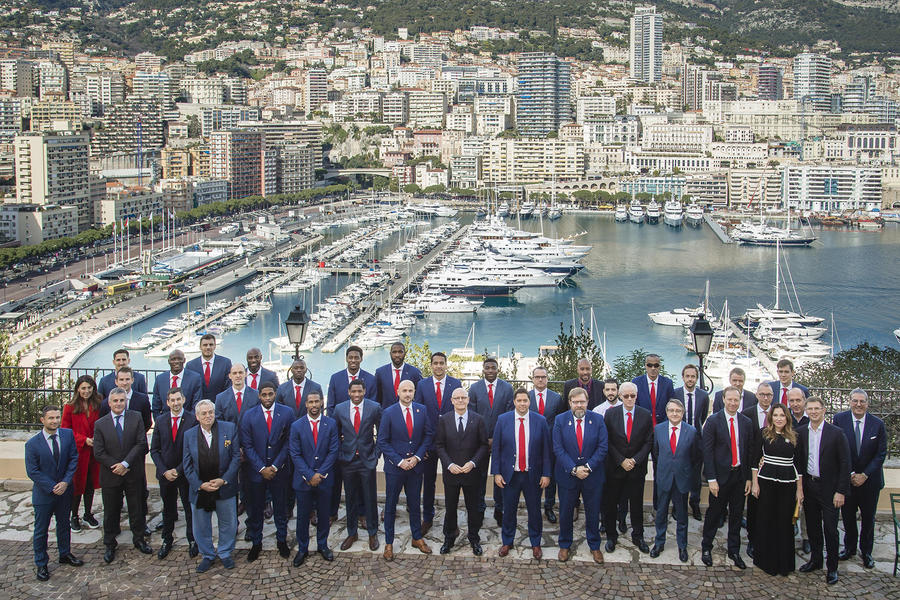 Earlier this week, the A.S. Monaco Basketball players and management team were invited by His Excellency the Minister of State to his residence for a luncheon in the presence of members of the Principality’s government and the team’s investors.

The luncheon was a friendly moment to follow up on the partnership agreement signed at the beginning of the season between the Prince’s Government and the Principality basketball club.

This annual meeting allows the various actors to discuss their respective roles and daily lives in order to further strengthen the ties that unite them. Before the lunch began, Minister of State Serge Telle reaffirmed the government’s support for the team through the end of the season:

“I am very happy to see you today, as I welcome you every time. I would like to congratulate you for having reached the Top 16 of the EuroCup and for carrying Monaco’s colors throughout the European basketball environment.” In turn, the Roca Team President, Sergei Diadechko, renewed his gratitude to the members of the government and wished to recall the high ambitions of the club in spite of a complicated start to the season.