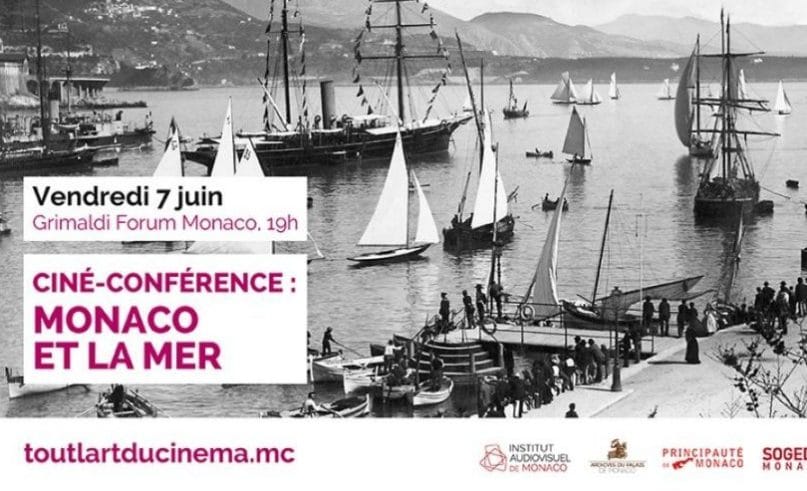 Tonight, Friday, June 7th, an event is being held at the Grimaldi Forum, which should be of interest to history and audiovisual enthusiasts: “Monaco et la mer” (Monaco and the Sea) will b presented as a cinema-conference retracing the history of the Principality, as well as its relationship to the sea.

The Monaco Audiovisual Institute, formerly “Monaco en Films”, offers a selection of films recounting the history of the Principality. In collaboration with the Monaco Palace Archives, the event will be an opportunity to analyze how Monaco is represented through documentaries, news, and feature films. After exploring several themes including “Albert I on film”, “Rainier III on film”, or “The invention of Monte Carlo”, the latest theme will be none other than “Monaco and the sea”.

Positioned between sea and mountain, Monaco has been able to take advantage of its privileged site: a port city, tourist, sports, and a center for scientific research, the Rocks has continued to exploit its many internal assets over the years. The sea is truly part of the Principality’s identity, as evidenced by the numerous maritime urbanization plans that shape the coastline. Among the entities represented this Friday, we will see the Oceanographic Museum, the Society of Regattas and the Yacht Club, the Société des Bains de Mer, the Monegasque Association for the Protection of Nature, or the Albert II Foundation.
The show promises to be a transversal reading of the Principality’s history through numerous iconographic, audio, and cinematic archives, from both professional and amateur.

To find out more: https://www.toutlartducinema.mc/mef-monaco-et-la-mer