Analysis: Ruben Aguilar a brilliant signing for Jardim’s AS Monaco 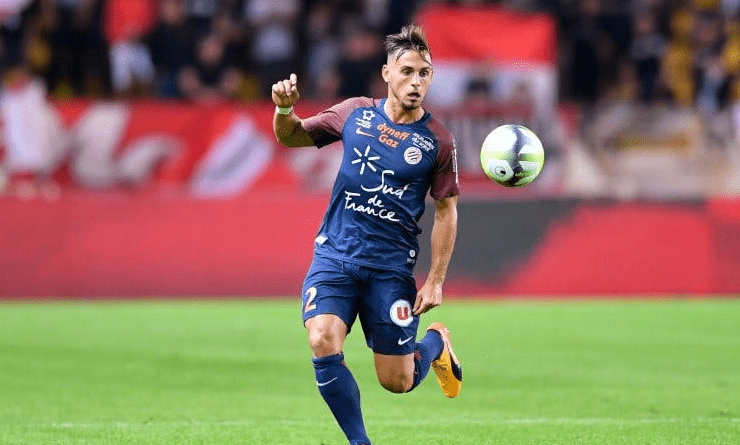 After establishing himself as one of the premier right fullbacks/wingbacks in Ligue 1 during his two seasons at Montpellier, AS Monaco’s acquisition of Ruben Aguilar is a superb piece of business.

An excellent contributor on both sides of the ball, the robust, fiercely competitive Aguilar should fit beautifully into Leonardo Jardim’s tactically detailed philosophy. Having played in Michel Der Zakarian’s defensively resolute Montpellier side that finished sixth last term and conceded the fifth least league goals, he should have little issue fitting into Jardim’s usually organised setup.

Proving himself to reliable, durable and consistent, the Monegasques did brilliantly to secure his services considering the likes of Southampton, Crystal Palace and Brighton and Albion were reportedly interested in signing him.

“We are very pleased with the signing of Ruben Aguilar. He has demonstrated his qualities and his consistency during the last two seasons with Montpellier. His arrival strengthens the competitiveness of our squad,” insisted Monaco vice president Oleg Petrov.

Always one to make life as difficult as possible for his opponents due to his tenacity and aggression, the diminutive defender is a tough customer to face off against. Despite him standing only 1.72 cm, Aguilar possesses great strength and balance, as he uses his stocky frame to impose himself on his foes by jostling and getting touchtight to them.

Intent on not allowing his man to enjoy an easy touch or turn him, he responds rapidly to pressing triggers to prevent them from executing their actions cleanly. These cues include pouncing when his man is about to inherit an underhit pass, drops deep with their back to goal, is in an open body posture or takes a poor first touch. Very adept at reading the play, the way he anticipates when his opponent is about to receive a pass gives him an edge when he’s looking to chime in with an interception. Excellent timing of his pressing and tackle

His counterpressing immediately after his team loses possession is also worth mentioning, as he pounces swiftly to cut out counters and help his team regain the ball high. If the opposition do find a way through in transition, he’ll energetically track back to help his team. Other ways his teamwork has come to the fore has arrived when he interchanges marking assignments and drops back into the heart of defence if his nearby centre back gets drawn out tracking a runner.

When dealing with 1v1 situations, he performs admirably too. Taking up sound body positions and alert to his opponents’ movement, he monitors them effectively. Moreover, the fact he gets into a crouched, powerful stance, in combination with his concentration, sees him do a usually tidy job in these confrontations. Fine 1v1 defending as he reads his opponent sharply

For a man of his size, he’s actually pretty good in the air, with Aguilar’s leap, commitment and ability to read the ball’s flight serving him particularly well.

Meanwhile, on the attacking end, his exertions have been just as, if not more, impressive. Adding so much width and depth to his team’s attacks, he stretches oppositions both horizontally and vertically with his electric upfield bursts. Timing when to join the attack smartly, his threat on the overlap is massive, where he’ll persistently bomb on to get into advanced locations to be 1v1 with a marker or whip in a cross. In addition, he recognises when an opening arises to motor infield with an angled, underlapping run into the box, which amplifies his elusiveness for defenders trying to keep tabs on him. Fast and clinical with his runs, his relentless running power regularly sees him lose his marker and pose as a wonderful option for switches of play, as his trackers can’t keep up with his lung-busting runs up the flank. Although he can leave his team exposed if a turnover occurs, the positives attached to this area of his game far outweigh any negatives. Once he receives possession, his sound control and touch mean he’s a handy dribbler, for Aguilar loves taking on his man in isolation. Carrying the ball with confidence and ambition, he’s not only good at beating his man and gaining separation for himself to fire in crosses, but also at provoking pressure to free up a colleague higher up.

Being so hard to unbalance due to his muscular frame, he fends off his adversaries well too, as he drives his team forward effectively.

To touch again on his crossing, and Aguilar’s an accurate deliverer of balls into the box, which is a real asset for wide defenders. Measuring his passes with precision, ideal weighting and the right amount of whip, curl, speed or loft, he does a fine job hitting his targets depending on the situation ahead of him. The way he still clears the first man and can fire in his crosses and cutbacks when off balance is also a real highlight, thus enhancing his team’s prospects of scoring. Composed and calculated in his ground passing, he moves the ball neatly to progress offensive forays with diagonal and vertical passes. Importantly, if the upfield option is too risky, he has the presence of mind to recycle possession and reset.

A marvelous exponent of the pass and move principle, the way he combines using one-twos is a tremendous weapon, thus allowing him to gain a dynamic advantage and make the most of the space behind his man. An extremely complete operator, who has no real weaknesses, Aguilar can’t wait to tackle this next chapter of his career. “I am very happy to join AS Monaco. The club has ambition and wants to fight for titles. It’s a new challenge in my career. I will work hard to take this new step and help the team achieve its goals,” he insisted.

Despite his signing not being one of the headline transfers in Ligue 1 and him getting sent off against Metz on the weekend, his singing is definitely one filled with upside that should help Monaco in their quest to fulfill their expectations of qualifying for Europe this season.