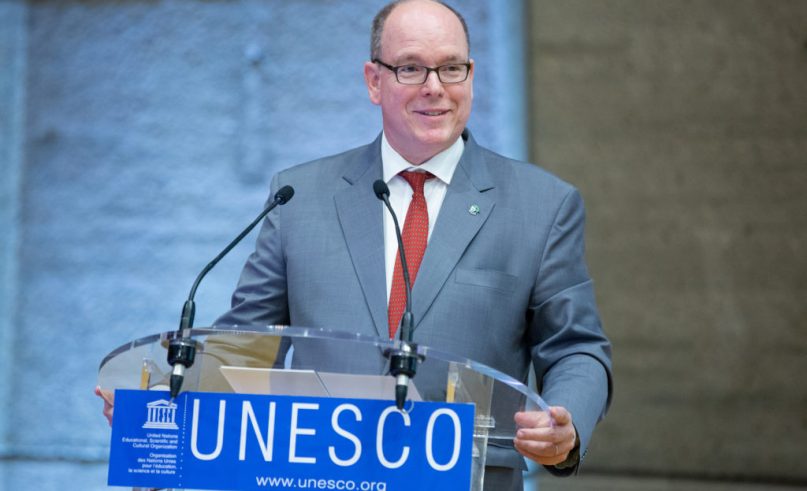 The International Union of Geodesy and Geophysics (IUGG) celebrated its 100th anniversary this week at the UNESCO Headquarters in Paris. For the occasion, S.A.S. Prince Albert II was named Honorary Member of the IUGG.

A non-governmental scientific organization, the IUGG was born on July 28, 1919, out of the global desire to ensure an international exchange of knowledge about the Earth’s systems, the space environment, and climate change mitigation. In fact, the structure collaborates very often with UNESCO, and has a common goal with the UN Cultural Office: promoting sustainability and finding solutions to natural and man-made disasters. On the occasion of the centenary of the association, the speakers recalled how the contribution of knowledge in geophysics and geodesy could help the planet in the future.

The prince appointed an honorary member

Guest of honor, HSH Prince Albert II received the IUGG Honorary Member Award for “Outstanding Contribution to Promoting Climate Change, Water, Biodiversity and Oceanographic Research.” In his acceptance speech, the Monegasque sovereign recalled the history of the organization, and in particular its link with the Principality. Since 2001, it has rewarded the Albert 1er Medal of Monaco to a project on the physical sciences related to the oceans. The name of His Highness’s great-great-grandfather was chosen because the then Prince had contributed to the collaboration between the International Union of Geodesy and Geophysics and the International Union of Biological Sciences. The constant work of Monegasque organizations for decades on the preservation of the oceans has been welcomed again this week.