Corruption in football: a players’ agent arrested in Monaco 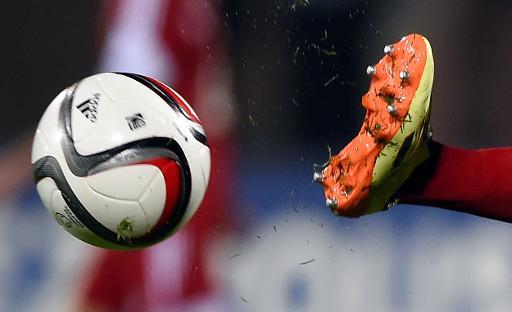 Seven searches were carried out in Belgium, London and Monaco, and two people were arrested, including a player agent in the Principality, in a case of corruption in football announced the Belgian Federal Prosecutor on Wednesday.

The investigation, which targets, in particular, the transfer in 2015 of Serbian striker Aleksandar Mitrovic from Anderlecht (Belgium) to Newcastle (England), had already given rise to a series of raids at the end of April in Belgium.

The new stage of the investigation this time targets player agent Christophe Henrotay, suspected of having perceived “fraudulent retro commissions” in the context of another transfer, and who was arrested in Monaco, explained to the AFP a source close to the survey.

He is one of two people arrested during the new round of searches carried out on Tuesday and Wednesday.

For its part, the federal prosecutor’s office did not reveal any name, simply evoking the arrests of “a players ‘ agent in Monaco” and “his assistant, in the Liège region” (eastern Belgium).

“This second wave of searches follows the first operation, carried out last April at the headquarters of the RSC Anderlecht football club and the Belgian Football Union,” the prosecutor said in a statement. “The facts include money laundering and private bribery in the context of transfers of football players,” he said.

There were seven searches on Tuesday and Wednesday, said the prosecutor’s office: “four in the Principality of Monaco, two in Belgium and one in London”. They were conducted under the direction of an investigating magistrate in Brussels by the Central Organ of Corruption (OCRC), in collaboration with the Federal Judicial Police of Liège, the Monaco police, the Metropolitan Police and the HM Revenue & Customs of Great Britain.

On April 24, five searches were carried out, including three in the Brussels municipality of Anderlecht, aiming in particular at the stadium and the training centre of the most successful club in Belgium. Another had targeted the headquarters of the Belgian Football Union (the National Federation, ed) in Laeken.

This investigation is distinct from that of the “football gate”, a vast file of fraud instructed in Belgium in which about twenty people (agents, referees, leaders etc.) have been charged since October 2018