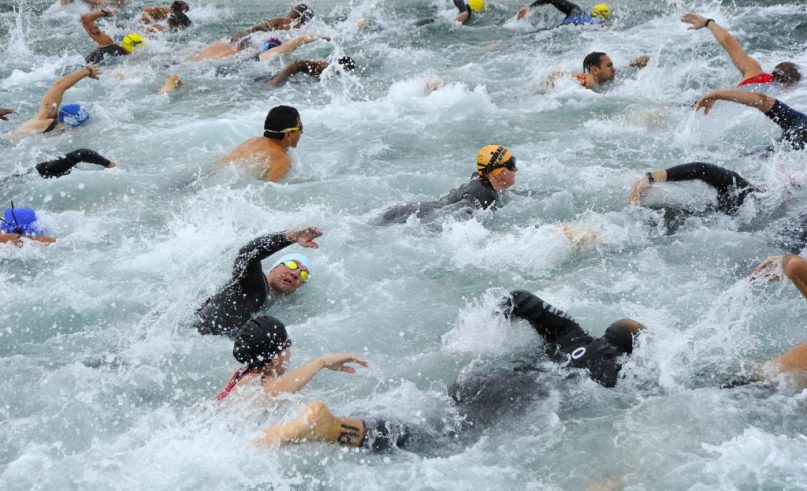 1.9 km swim, 90 km bike, 21 km run: The Ironman 70.3 is half the distance of a classic Ironman. The world championship of this discipline was organized this Sunday in Nice, during a race that brought together more than 6000 competitors. On the female side, it was the Swiss athlete Daniela Ryf who won, in 4 hours 23 minutes. On the men’s side, Gustav Iden, of Norwegian origin, completed the entire race in 3 hours 52 minutes.

Legs in the Vino

With a poor start after the swim, Laurent Jalabert made a spectacular comeback during the cycling event and finished the final half marathon at a blazing pace to complete his triathlon in 4:34. 173rd overall, the former winner of the Tour of Spain won his 50-55 age category, one year after finishing fifth at the World Championships. A class performance for the runner and consultant, who began participating in the discipline in 2007.

For his part, the charismatic Kazakh Alexandre Vinokourov, the winner among others of a fantastic stage on the Champs-Elysees on the Tour de France and, like Jalabert, a Vuelta, was also named champion in the category of 45-50 years. In 4:28, the man who made the expression “Vino legs” in cycling jargon, made a solid run, in the image of his triathlon career.