L1 – 10th day: Monaco must revive themselves against Rennes 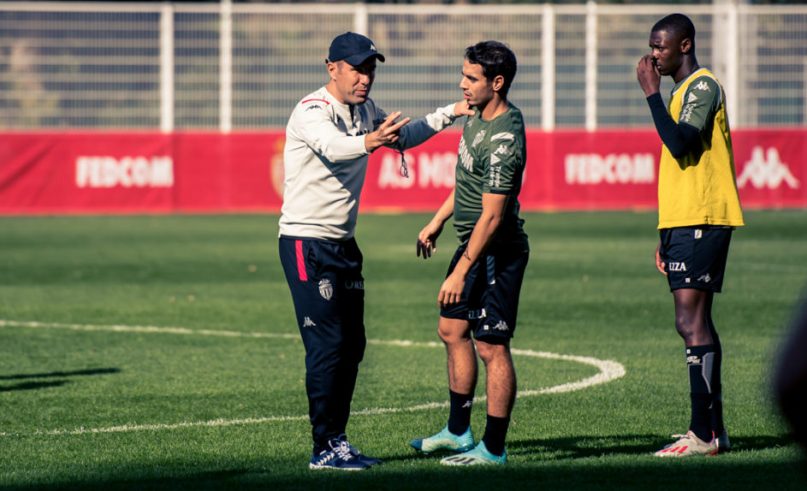 © L1 – 10th day: Monaco must revive themselves against Rennes

48 hours ahead of an important match against Rennes (Sunday, 5 pm) that would allow his team to switch to the upper part of the ranking table, Leonardo Jardim was on the offensive during the pre-match press conference. Despite the suspensions of Alexandre Golovin, Gelson Martins and Fodé Ballo-Touré, the Portuguese coach can count on a consistent and almost complete starting squad.

After an international break that has allowed many players to gather their minds and rest their bodies, Ligue 1 play is back with tonight with a tantalizing Nice-PSG that will fill the Allianz Riviera. And, in 48 hours, all eyes will be on the Louis II stage to follow a Monaco-Rennes match with an electric atmosphere. Two talented teams in desperate need of points: that would be the summary of the situation of the moment. For the teammates of Cesc Fabregas, the time is no longer for calculations and states of mind. After two great wins against Nice and Brest, the Monegasque machine was stopped again in Montpellier two weeks ago. This did not please Leonardo Jardim at all. “In Montpellier we played the first half with very poor quality in terms of intensity and commitment. (…) I am particularly disappointed with this loss because the squad was full compared to the beginning of the season,” he told reporters on Friday.

After issuing that statement, the Portuguese skipper looked towards Rennes, a tough and talented opponent. Last year, the Breton team imposed against the Red and Whites (1-2), which the Monegasque coach must still remember… But the optimist remains firm in his resolve. “Our group is better than last season. I am convinced that the team will still progress and go back to the top of the table.” For this match, the infirmary is empty (only Benaglio, Jovetic, Pellegri, and Geubbels are ruled out) and the internationals returned in good shape.

The 3-5-2 will be, except for a surprise, fielded with the pair of Slimani-Ben Yedder as the threatening frontline. Keita Baldé should have a chance in the absence of Golovin, unless Jardim favors the trio Fabregas-Bakayoko- Silva in the middle. On the sides, Ruben Aguilar should replace Gelson Martins on the right wing.

The kickoff will be given Sunday, at 5 pm.