Albania-France (0-2): Another start for Ben Yedder! 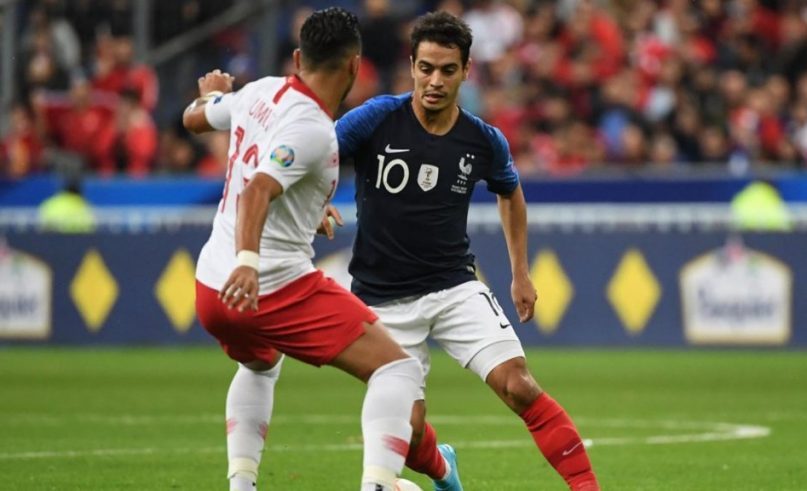 The Monegasque striker was a starter for the French men’s team last night against Albania in the last qualifying match for Euro 2020. Though he did not score, Wissam Ben Yedder’s performance was certainly satisfactory in the eyes of Didier Deschamps, his coach. An auspicious outing a few months from the European competition.

A month after his first start for the world champion men’s side against Turkey (1-1), Wissam Ben Yedder, the man of the hour for AS Monaco (9 league goals thus far this season), was aligned with Olivier Giroud and Antoine Griezmann. Didier Deschamps opted for a 3-5-2 formation against Albania, which the French striker knows well: the Principality’s team also employs this tactical scheme. This time, there was no Islam Slimani to combine with, but nonetheless, a fairly satisfying animation where the player was able to participate in the construction of the game, even if he failed to obtain multiple opportunities.

See you next year

In the 64th minute of play, he showed his technical finesse by serving Giroud a subtle ball. The French coach appreciated his performance. “Wissam [Ben Yedder] was in his zone. He had Olivier Giroud in support. He could also find Antoine Griezmann more often on the ground. It’s a different profile. But he put in a solid effort. He has already done good things with us. It was better than Turkey for his second outing. H felt more comfortable,” he told the media.

With 85 minutes of play yesterday, the striker should rest to be bake in shape at training this Monday at La Turbie. To see him take the field once more, head to Bordeaux on Sunday!