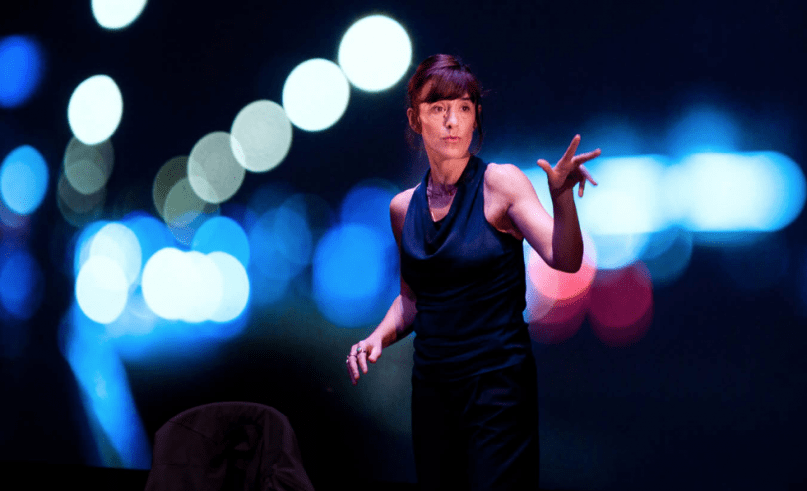 In a staging by Pierre Pradinas, Romane Bohringer, and the musician Christophe “Disco” Minck deliver a very personal adaptation of the novel The Occupation of Annie Ernaux, to be seen at the Princess Grace Theater, Thursday, November 14th at 8:30 pm.

Jealousy and passion have never been good. This is what a woman who leaves the man she loves discovers at her own expense when they have been living together for five years. She leaves him to better find herself, but not because she does not love him anymore. Also, when she discovers that he ends up loving another after a while, she wobbles. Because he refuses to disclose the identity of this rival. The young woman then discovers the pangs of jealousy, which becomes a self-destructive passion. This is a real love drama that will be played at the Princess Grace Theater this Thursday, November 14th, with this transposition on the stage of L’Occupation, Annie Ernaux’s novel, published in 2002 and which had already been the subject of an adaptation in 2008, in the cinema, under the title L’Autre. It was then Dominique Blanc who embodied this woman devoured from the inside by jealousy.

The return on stage of Romane Bohringer

In this new version, created in 2018 for the Cultural Center of Bonlieu in Annecy, then at the Théâtre de l’Oeuvre in Paris, Pierre Pradinas decided to make a staged refined and aesthetic, with a giant screen that transcribes the inner turmoil of her heroine. Written as a single on stage, the actress Romane Bohringer, who has been rare on the screens, however, replies to the one she left through the music of harpist Christophe “Disco” Minck. A demanding, sensory and moving play.