The Imoca Malizia II, in the colours of Monaco, finished 12th in the Transat Jacques Vabre The boat of the Monaco Yacht Club crossed the finish line in Salvador de Bahia, Brazil, on Monday just before noon, Principality time, finishing 12th in the Imoca category.

It was precisely 11:43:43 am and 43 seconds, French time when Boris Herrmann and Will Harris crossed the finish line of the 14th edition of the Transat Jacques-Vabre. Leaving Le Havre on 27 October on Malizia II, the boat of the Monaco Yacht Club, the princely team finished 12th in the Imoca category.

For his second participation in the transatlantic race on the Monegasque boat, Boris Herrmann has chosen Will Harris, a 25-year-old Briton, who has done his classes brilliantly on the Figaro circuit. They knew each other well and intended to play everything for the whole on this Transat Jacques Vabre Normandie Le Havre where the competition is fierce.

They set off from the front, fast and efficient all along the Channel, taking second place off Perros-Guirec. Quickly outdistanced by the new foilers, Malizia II made the choice, with Prysmian Group, to continue westwards, on a less clear-cut option than Hugo Boss, because positioned a little further south.

Boris and Will then joined Yannick Bestaven and Roland Jourdain (Maître CoQ) and Louis Burton and Davy Beaudart (Bureau Vallée 2). When the sanction falls, the 2015 generation grey foiler will be the last to turn south.

With the supporters of the West, he managed to head south and was neck to neck with Hugo Boss, when he stopped the race following a collision with an unidentified floating object (UFO) in the northwest of Canary Islands.

In the wake of Master CoQ, Malizia II – Yacht-club de Monaco is launching a big fight with Corum and Groupe Apicil that will last until the end along the Brazilian coast. A hard-fought 12th place!

At the last edition, the Monegasque boat finished in 4th place. 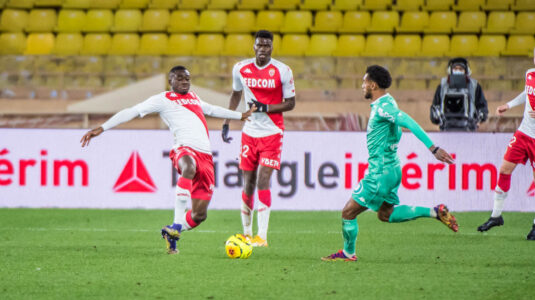