Nika Belotserkovskaya: “Once you start, you become your own source of energy and power” 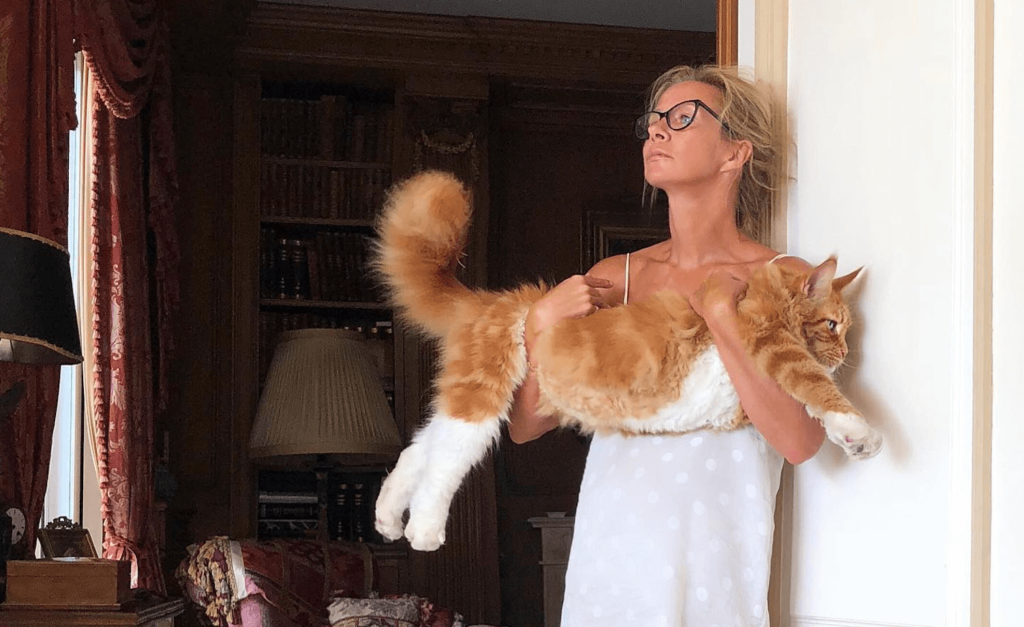 It’s a question all budding chefs are asking themselves after a lockdown filled with sourdough starters and banana bread. How do I write a bestselling cooking book without formal training and rub elbows with the stars of haute cuisine? Monaco Tribune spoke to entrepreneur, well-known Russian media manager and publisher Nika Belotserkovskaya about.

When seeing photos of Nika’s villa in Cap d’Ail, located a few miles away from Monaco, you can almost smell the treats wafting from the kitchen. The scent of apple tart mixes with the sharp sea breeze that rolls over the rocks upon which her mansion sits. Any other time, guests would usually be sat on its grand terraces, melodic tracks by American musician Nicholas Jaar playing while the kitchen hums with life. The real Lord of the Manor is Borisych, the photogenic red Maine Coon who stretches out languidly on a table next to porcelain cups, his eyes majestically looking across the sea distance.

It is here on the French Riviera, where Nika Belotserkovskaya, owner of several famous Russian publications and the author of several cooking bestsellers, is finishing her latest book. Every Thursday on her Instagram account, the entrepreneur, together with Monaco-based pâtissier Alexander Seleznev, teaches her many followers how to make sweet onion pies, eclairs and carrot cakes.

It all began with a bicycle tour

When asked why she spends at least half a year in the south of France, Belonika, as her friends and colleagues call her, smiles and shows the view from her balcony where the azure sea stretches into the horizon.

I did not want to leave and so I stayed, basically living in the kitchen for weeks.

She developed her serious passion for cooking thanks to France, when she did a bicycle tour through the most famous gastronomic places of the country.

“It all started with L’Oustau de Baumaniere (a Michelin star restaurant in Le Baux de Provence). I still remember the feeling of incredible light. Just pure happiness. It was very cool. I was pregnant at the time. Chef Sylvestre Wahid came to greet me. I did not want to leave and so I stayed, basically living in the kitchen for weeks.”

The success of her cooking blog

A few years later, on the blogging platform Live Journal, the entrepreneur started a culinary blog called “Belonika”. Her high-quality, ornate recipes would appear alongside dazzling tales and photos from her life. It was the beginning of something which Nika mastered in a way few people can: successful blogging. Her subscribers poring over each new post, the blog soon found its audience grew in the millions.

The minimum amount of work for the maximum result. That is the secret to success.

“The minimum amount of work for the maximum result. That is the secret to success. I have a kind of deconstruction method going on with my food. I don’t understand why you have to cook broth for three days when you can fry meat right in the pan. It tastes much more interesting and light.”

Food was not just a passion for the entrepreneur and publisher, but a real challenge as well.

“There are two types of restaurants: home-style and gourmet. I was particularly shocked by how they combine the two in Japan. At the restaurant, the whole 12-course set was tied up by some kind of technique. That is, they brought you dishes, there was a red-hot piece of stone in which bread was baked and where they steeped Sencha (a form of Japanese green tea). It was a real performance.”

The passion that has grown into a serious business

When you’re very passionate, people are very grateful for it.

“In all the time I’ve worked with chefs, there hasn’t been anyone to say no to doing my classes. I remain good friends with everyone. This is a story about exchange only. Of course, they’re very charismatic, because eating is such a passion. Especially when it’s cooking at this level, it’s about gut feeling in the first place. When you’re very passionate, people are very grateful for it.”

The passion has grown into a serious business. Now, she has a team of several dozen people who are preparing more luxury culinary journeys throughout Europe, discovering truffles from the Piedmont region, Tuscany’s vineyards, and the famous fish markets of Sicily.

The Lord was a bit reluctant, but we became friends.

The last adventure took place in England. Trainee chefs went to an English castle, the family estate of the old Earls of Somers where they were treated to blue cheese from Oxfordshire and Hereford cider.

“I had the task of finding a real castle, Downton Abbey-style. Alexei Zimin (cook, TV presenter, co-owner of the cooking school) found it. We rented the entire place. No one has ever done anything like that. The Lord was a bit reluctant, but we became friends. And I stayed in the main bedroom.”

After speaking, there is no doubt that, besides an undying love for cooking, and an innate talent for it too, as well as an active interest in business and adventure, Belonika possesses a vitality that only true businesspeople can harness.

Another of her hobbies is photography, Belonika always sharing photos on social media. It is almost certain that this hobby will be the entrepreneur’s next project.

“Once you start, you become your own source of energy and power. Just don’t be afraid to get into something new! Even if it doesn’t work, you’ll still get a boost of energy that you need in life.”