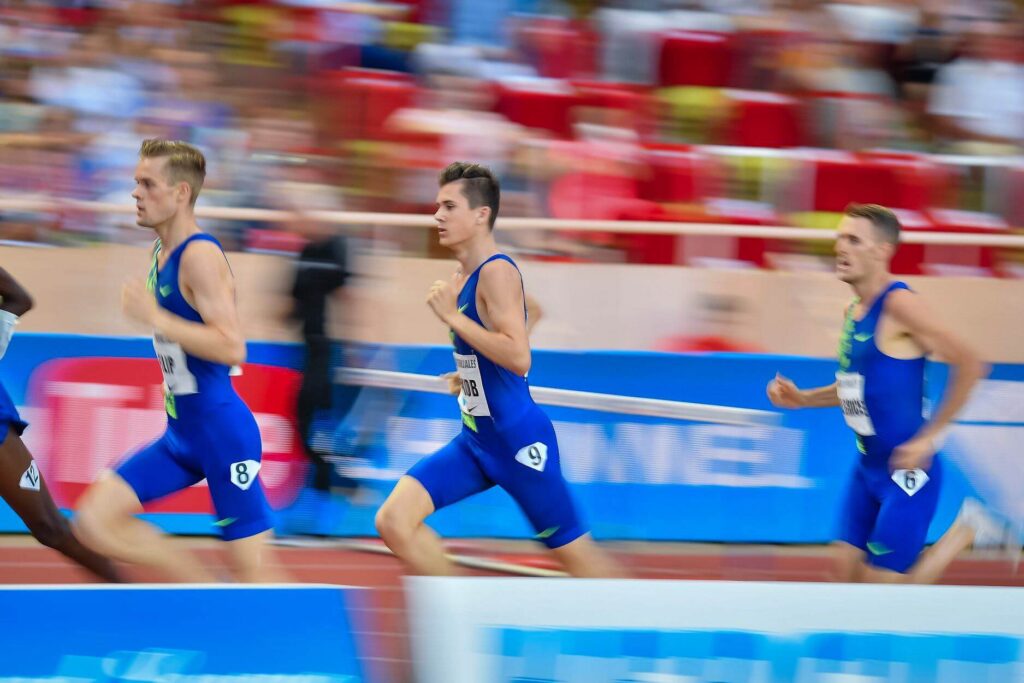 The Herculis EBS Meeting, a major international athletics event, will take place on Friday, August 14th at Monaco’s Louis II stadium with a maximum audience of 5000 spectators. Its director, Jean-Pierre Schoebel, sat down with Monaco Tribune to discuss this very peculiar 2020 edition.

Following the cancellation of the Rolex Monte-Carlo Masters and of the Formula 1 Grand Prix, the Herculis EBS Meeting remains the only international sporting event to go ahead in Monaco this year. The event will welcome some of the big names in athletics.

Jean-Pierre, you must be delighted that Herculis EBS can go ahead almost as per usual this year…

And when it does go ahead as per usual, I will be delighted. At the moment, I would rather just say that we have been given a great chance (he smiles). We are happy with the decision taken by the Monegasque Athletics Federation’s executive committee supported by the president of the Federation, the Sovereign Prince Albert II, who endorsed the event’s organisation. We are also thankful to the government, which has always stood by us.

Under what conditions will the competition take place?

We will limit the audience to 5,000 spectators in a stadium that usually holds 16,000 people. Every other row will be free. We have compartmentalised the stadium to allow for five different entrances so that people can enter the stadium under safe conditions.

We will do everything in our power to ensure safety measures

Do you expect to fill up all authorised seats?

Currently, there are still tickets available for sale. Before knowing whether the meeting would be allowed to take place, we had to refund some of the tickets that had already been purchased. People are still a bit reluctant to gather in groups and I understand why. But we will do everything in our power to ensure safety measures are respected. Face masks will be compulsory and hand sanitisers will be available to all spectators. Refreshment stands will remain close.

Has the programme of the meeting been disrupted by the crisis?

Nothing has changed in our initial line-up. As soon as we found out that the Diamond League would no longer run this season, we were able to choose the events that we wanted. For safety reasons, we chose events that would allow us to host European athletes. We then completed our line-up with athletes from outside the European Union and the Schengen area, as it is not easy for non-EU athletes to travel at the moment. Of course, they want to compete, but nowadays finding the right connections to reach Nice airport has become rather complicated.

Who will be the headliners at this year’s Herculis meeting?

For me, our first star is Armand Duplantis, who this year rather impressively broke the pole-vaulting world record (with a jump of 6.18 m). He’s the man of the moment. At his side, there will also be the American Sam Kendricks and the Polish Piotr Lisek. We do regret the absence of Renaud Lavillenie. His brother, Valentin, will be present. There will be a stunning pole-vaulting stage, where we are expecting at least ten athletes to compete. We are also honoured to welcome for the first time in Monaco the Norwegian Karsten Warholm who will compete in 400 m hurdles, an athlete of immense talent with an extraordinary aura. We hadn’t planned to put this event on the program, but when he called us to let us know that he wanted to come and race here regardless of the conditions, we didn’t hesitate to program the event for him. On the French side, Pascal Martinot-Lagarde and Wilhem Belocian will face Olympic champion Orlando Ortega for a competition that will be very interesting to watch. We will also be keeping a close eye on Jimmy Gressier in the 5,000 metres and Liv Westphal, who broke the 5-kilometre record at home. The two 5,000 metres male and female races will be of a very high standard. We are also awaiting confirmation of Christophe Lemaitre’s participation in the 200 meters.

We have suffered a significant budget loss

How do you currently view world athletics and the Diamond League in particular?

I’m terribly sorry that so few Diamond League meetings have been able to take place. Usually, the Monaco meeting takes place in July after several competitions, but this year we are the first meeting of the season. After Monaco, there will be Stockholm and Rome. I think it’s a pity that this top division has, like us, experienced so many difficulties. We have suffered a significant budget loss.

Other major events in Monaco such as the Rolex Monte-Carlo Masters and the Formula 1 Grand Prix have been cancelled. How did the Herculis meeting manage to survive?

It was above all a challenge that we wanted to take up. There was no question of giving up. Worst had come to worst we would have simply had to cancel this year’s meeting. But we wanted to give Monaco at least one event, to show that athletics are still going strong in 2020. This year, Monaco is one of the few places in the world that will be able to host a meeting of this size. The advantage in this complicated situation is that as there are no other important events, such as the European Athletics Championship, the World Athletics Championship or the Olympic Games. The athletes can only say “why not try something?” A record could be broken in the 5,000 metres.