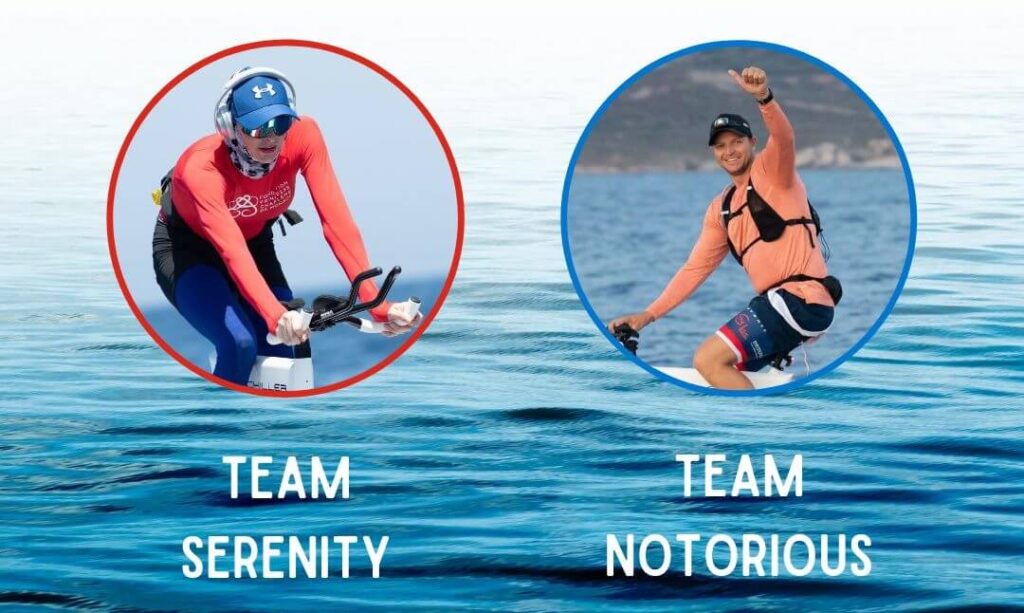 On 12th and 13th September 2020, Princess Charlene of Monaco will take part in “The Crossing: Calvi-Monaco Water Bike Challenge”, a race organised by her Foundation. We can now reveal the identity of two athletes who will join her in this challenge.

Team Serenity will be led by Princess Charlene. Team Notorious will be led by Gareth Wittstock, the Princess’ brother and General Secretary of the Princess Charlene of Monaco Foundation. On the occasion of this sporting challenge organised by the Foundation, the siblings will compete with each other to cross the Mediterranean. Eight athletes divided in two teams will go up against each other, relaying over a distance of 180 kms between Calvi (in Corsica) and Monaco. The race will be run on water thanks to water bikes.

Joined by a three-time swimming champion and an MMA champion

It has been revealed that the French swimmer Yannick Agnel, who is also an ambassador for the Princess’ Foundation, will join team Serenity. An expert in both indoor racing and medium distance open water, Agnel won a gold medal at the 2012 London Olympics and has been crowned world swimming champion three times. While his participation has not been officially confirmed, it is also highly likely that the MMA champion Conor McGregor will join the challenge. McGregor was spotted training with Princess Charlene in mid-July.

“The Crossing: Calvi – Monaco Water Bike Challenge” aims to raise awareness about drowning prevention and to highlight the programmes run by the Princess Charlene of Monaco Foundation which centre around this very same theme, such as “Learn to Swim” and “Water Safety”.