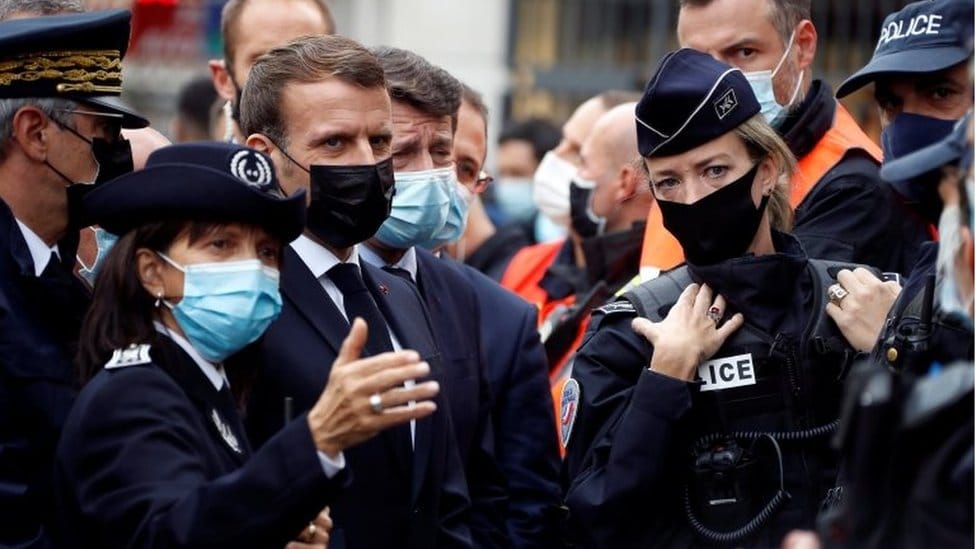 Three people have been confirmed dead after a knife attack in the Notre-Dame basilica this morning at 9 am.

A man rumoured to be the churchwarden and a woman in her 70s died in the church. A third woman in her 40s who had taken refuge in a nearby café succumbed to her injuries. At least one of the victims was beheaded. Several other people are injured.

The attacker was shot in the shoulder by the police and has been taken to hospital.

“I can confirm that all evidence points to a terrorist attack in the Notre-Dame basilica,” said Christian Estrosi, mayor of Nice. The attacker “kept repeating ‘Allah Akbar’ while he was being treated on the scene,” he added.

French Prime Minister Jean Castex announced that the country’s alert level. France’s anti-terrorism body has opened an investigation into the attack. French President Emmanuel Macron is expected at the Notre-Dame basilica in the after afternoon.