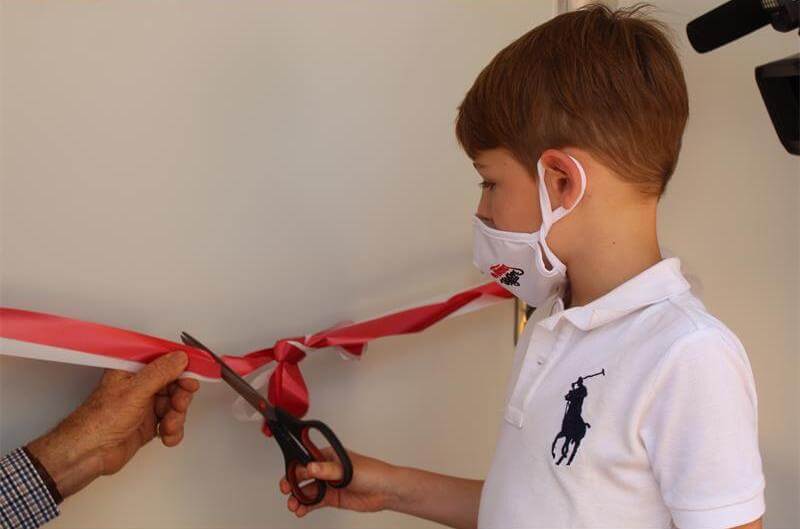 At the request of the Gugulesizwe Primary School, in Benoni, South Africa, the Princess Charlene of Monaco Foundation has funded the building of three additional classrooms. The school no longer had enough space to accommodate all of its kindergarten-age students. Each new classroom can welcome up to 30 students. Several parts of the school have also been refurbished, including the toilets, the roof – now tiled throughout – and the drainage system.

The money for the classrooms and the refurbishments was raised through horseracing shows and various contests organised by the Princess’ family. In the absence of Princess Charlene, the classrooms were inaugurated by members of her close family.

A foundation taking action on a global scale

Thobile Mavundlha, the school principal, expressed her grateful thanks: “I would like to thank each and every one of you for being here on this special occasion as we open the new classrooms that have been donated to us by the lovely Princess Charlene and Her foundation,” she said.

A former South African Olympic swimmer, Princess Charlene founded Her foundation in December 2012 to fight against drowning and promote the values of sport. The foundation runs several programmes throughout the world, including “Learn to Swim” and “Water Safety”, which teaches drowning prevention methods. Since the foundation’s creation, almost 730,000 people, mainly children, have benefited from these programmes in 34 countries.