How has Monaco’s real estate market reacted to the pandemic? 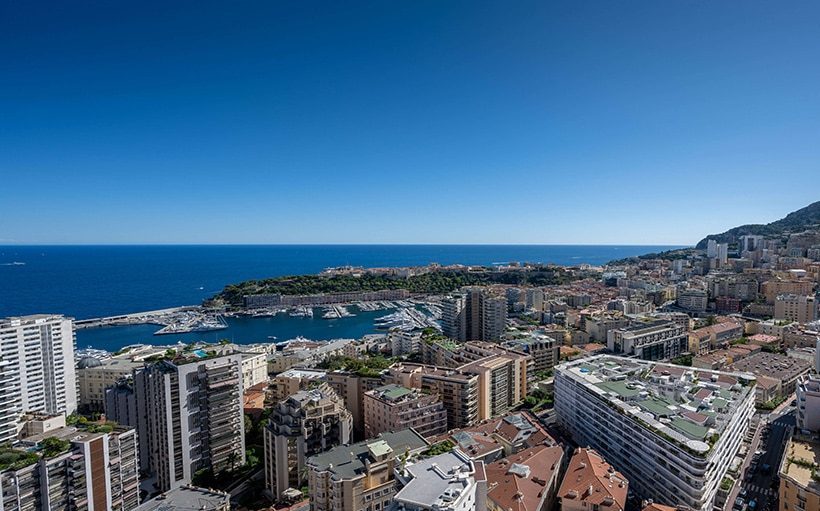 In Monaco, the average price per square meter is currently at 50,000 €. The real estate market of a country just over 2 km2 with a population of 38,000 is one of a kind: international and dynamic, the market attracts investors from all over the world. But what about Covid-19? Has the pandemic taken a toll on one of the world’s most exclusive property markets?

In Monaco, the price per square meter has risen by 71% over the last ten years. While the pandemic has slowed down the real estate bubble, it hasn’t quite burst it.  “It’s certainly been a quiet period. There have been limited sales, mostly by local clients, but prices have not necessarily fallen,” explains Laurent Locchi, deputy director of Miells & Partners – Christie’s Monaco.

SUGGESTED ARTICLE: How yachting escaped the Covid crisis by offering a ticket out of the pandemic

We get a similar comment from Jean-Yves Le Graverend, director of John Taylor Monaco, another real estate agency. “In 2020, we’ve certainly seen a drop in the number of people wanting to settle in Monaco, but as far as we are concerned that is not really a problem, as we work mainly with Monegasque residents. We had a good summer, with sales levels that were more or less the same as last year’s,” he says.

Monaco is neither financially unattractive nor particularly vulnerable to the pandemic

Monaco, a safe bet in times of crisis

Given the current fragility of the stock market, real estate has become a safe investment – “especially in Monaco” says Olivier Pradeau, an economist by training and CEO of Monaco Properties. “Having tax residency in Monaco is a way out for our international clients. There’s a fear that several countries will increase taxes post-Covid and our clients want to find a way around such increase as quickly as possible,” he says.

In fact, some clients did not even wait until the end of the year to take action: “I am currently selling a property to American clients who have done all the procedures remotely”, says Pradeau. Miells & Partners – Christie’s Monaco  have had a similar experience: “We were rather surprised when the outher day a client we had never seen before came to the agency to buy a flat. He knew exactly what he wanted and how much he was willing to pay for it,” says Laurent Locchi.

“You have to keep in mind that Monaco is neither financially unattractive nor particularly vulnerable to the pandemic. The only concern we have are travel restrictions. As soon as getting around becomes easier, business will pick up again. I think it will be a quick and strong recovery. The more clever ones will be the first to react,” says Laurent Locchi.

SUGGESTED ARTICLE: Growing vegetables on the rooftops of world’s most densely populated country

Olivier Pradeau expects a V-shaped recovery: “Price stability during crisis and recovery periods should be backed by advantageous loans,” he says. Considering previous economic crises, Pradeau predicts a decline in transaction numbers over the next two years, which would mean greater room for bargaining. “This is the right time to invest in Monaco. I would advise the brave to follow the advice of Nathan Rothschild who once said that one should “buy when the cannons are flying and sell when the trumpets are blowing”.  It’s important not to linger because prices will soon be on the rise again,” he says.