Vendée Globe race: Boris Herrmann (YCM) sails solo round the world to save the oceans 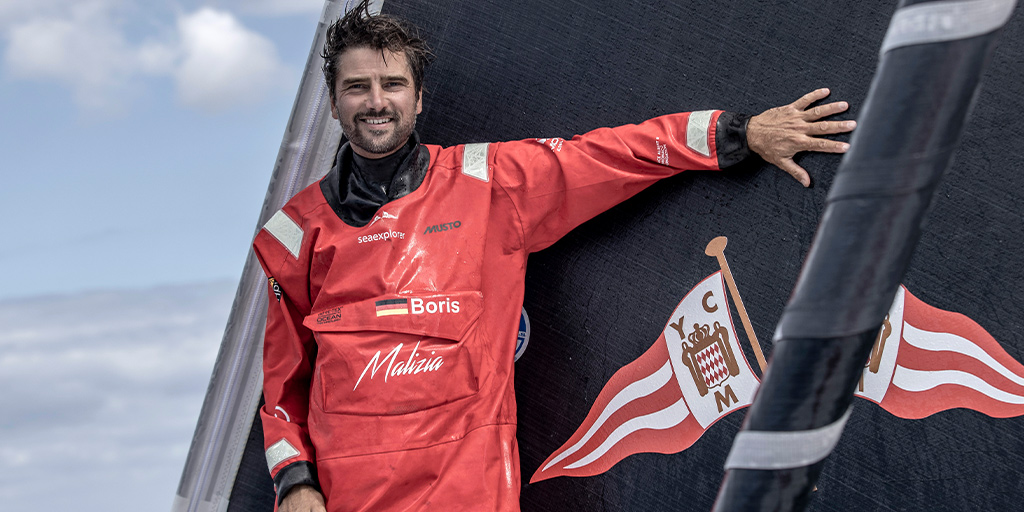 It’s a first for Monaco. On 8 November, a boat bearing the Yacht Club’s flag will compete in the Vendée Globe, a solo non-stop round the world sailing race. A few days before the start of the adventure, we met with Boris Herrmann, skipper of the Seaexplorer-Yacht Club de Monaco, to talk about his hopes for the race, his pledge to the environment, and how the Vendée Globe will help advance oceanographic research.

The Vendée Globe race is just a few days away. How are you feeling?

The boat arrived in Sables-D’Olonnes (the race’s starting point, ed.) a week in advance and is ready to compete. Given the pandemic, I’m trying not to take any risks. All sailors will be tested on 6 November and anyone who tests positive will not be able to take part in the race.

What does the Vendée Globe race mean to you and to Monaco?

It’s really a dream come true. The Vendée Globe is the highlight of any sailor’s career. It was Team Malizia‘s most ambitious goal when Pierre Casiraghi (vice-president of the Monaco Yacht Club, ed.) founded the sailing team in 2016. It’s the first time that Monaco has its own boat in the race. We’re naturally very proud..

You’ve been getting ready for the race for four years. What are your goals for the competition?

During the last 9 races, out of 116 participants, only 67 skippers reached the finish line. I’ve got food for 80 days and can space it out to make it last 100 without sacrificing too much. If everything goes well, I should manage to finish the race under the 70-day mark but that all depends on the state of ice areas in the Southern Ocean. My first goal is to finish the race and hopefully finish it in the top ten.

What do you think makes Team Malizia stand out?

Beyond sports, I think team Malizia also represents a “philosophy of the sea”, so to speak. The physical challenge must go hand in hand with a concrete pledge to protect the oceans. Environmental concerns are at the core of the project, which also has an educational scope.

Can you tell us a little more about what Team Malizia does for the oceans?

I’m in love with the sea and with its ecosystem. As a member of the UNESCO’s Intergovernmental Oceanic Commission, I had to ensure that my boat represented my values and my pledge to the environment. The boat is very quick and trustworthy. It is also equipped with solar panels and hydroelectric generators which means it doesn’t rely on fossil fuels. Pierre (Casiraghi, ed.) and I have the same drive to understand how the oceans are changing. I will have onboard an automatic lab that works 24/7 and that will collect data on water temperatures, salt levels as well as pH and CO2 levels. The data will then be shared with researchers at Hambourg’s  Max-Planck Institute of Meteorology, as well as with scientists at the Géomar centre for research in Kiel and at the French Institute for Ocean Science (IFREMER) in Brest.

Why is this data so important for scientists?

The data collected will help us study the impact of climate change on the oceans. At the moment, little research is done in the Southern Ocean. We hope to be the first in the world to provide scientists with a complete database about the ocean. The accuracy of our data collection tools has been confirmed by leading scientific institutions. We know that oceans store a huge amount of CO2 and that they play a key role in mitigating climate change, but without the complete data, we cannot understand their true role and how they are being affected by global warming.

So for you the Vendée Globe race also has an educational scope?

Absolutely, the idea is to share the adventures with the general public, and in particular with students. The Vendée Globe is so long that there will be calmer periods which will be a good opportunity to talk with kids about our work. I’m in regular contact with several schools that are all keeping their eyes on the race. These schools are also using the educational pack that we created. It’s available in eight languages and aims to make children around the world more aware of climate change. We created the pack in collaboration with the Prince Albert II of Monaco Foundation and Kuehne + Nagel (a Swiss transport company, ed.).