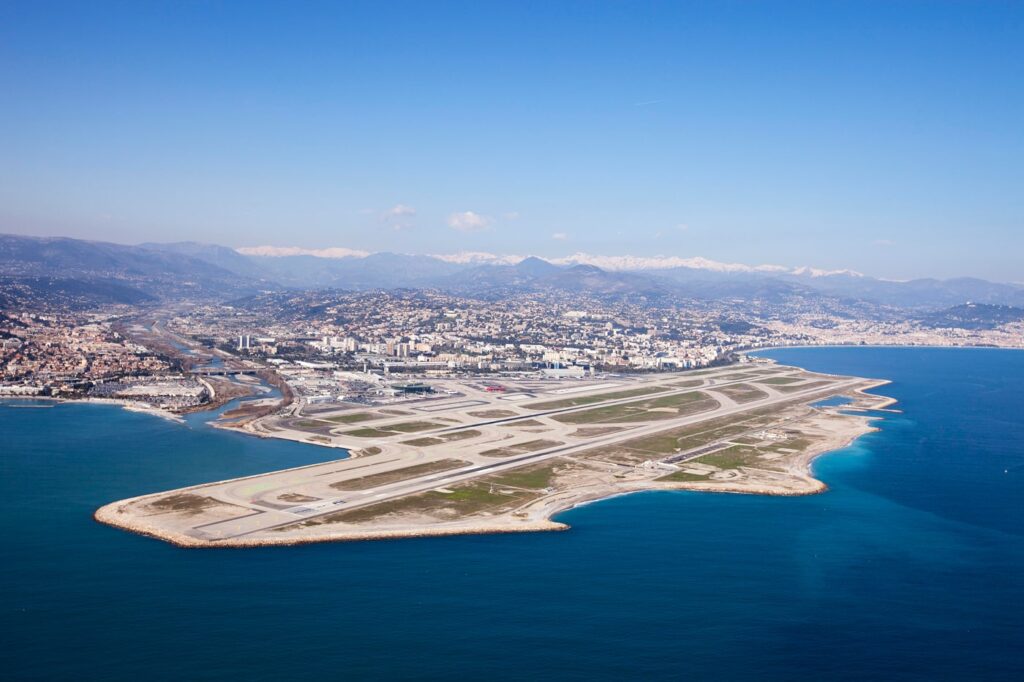 2020 was a year of modernisation and transformation for the Nice Côte d’Azur Airport. Despite a 68.4% net decrease in passenger numbers, 100% effort has gone into creating an exemplary health and safety policy. Nice home to the airport of the future.

Improvise, adapt, overcome. This was the approach taken by France’s third busiest airport in dealing with the coronavirus pandemic. Putting safety first, Nice Côte d’Azur Airport acted quickly to ensure their flights would still have lift off. Barrier gestures, such as hand sanitiser stations and air purifiers, were put in place as the first step to becoming Covid secure.

Since then, the airport has now equipped itself with the means to carry out PCR and antibody testing. Not only has the airport put its own safety measures in place, but it has also signed a european COVID-19 charter to meet even higher safety standards. By signing the charter, drawn up by the European Union Aviation Safety Agency (EASA), the airport is setting an example to the rest of Europe.

2020 will be an unforgettable year for the aviation industry. A real landmark. It has allowed us to see into the future and have a much better idea of what an airport should look like.

Reduced flying for the foreseeable

Last November, Frank Goldnadel, Chairman of Côte d’Azur Airport Operations told Monaco Tribune: “It will not be until at least 2024 that airports see levels of flight activity similar to those of 2019.” Looking at the current figures, flight activity is indeed well below what it was that year. There has been a 68.4% decrease in passengers, which is the equivalent of 4.58 million people. General flying activity has also reduced by 31.7%.