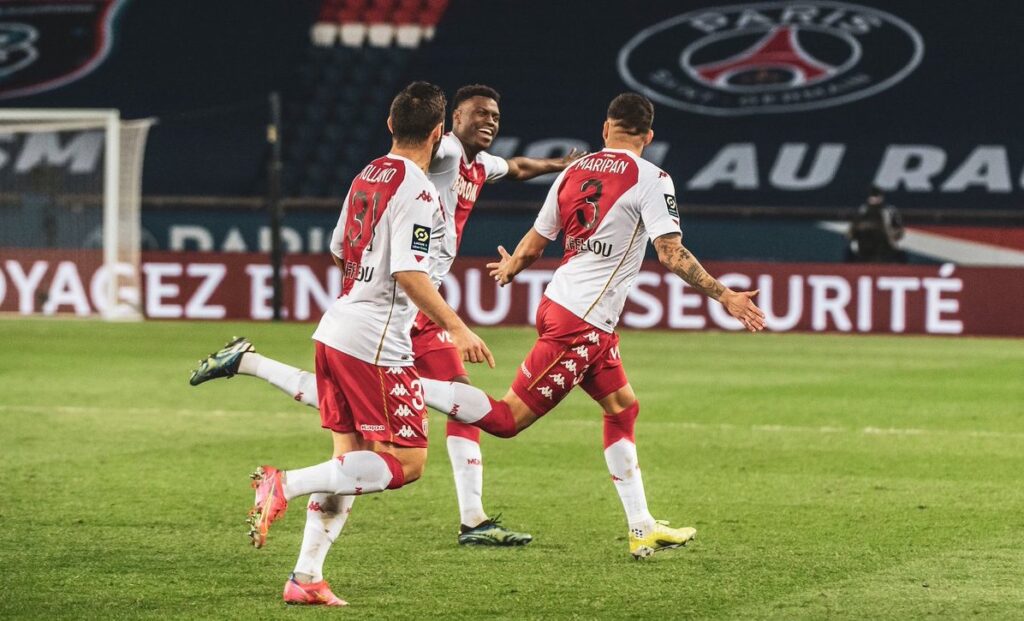 AS Monaco impressively defeated the mighty Paris Saint-Germain 2-0 away from home in what was an exceptional, disciplined display from Niko Kovac’s men.

Beating the star studded PSG for the second time this season, Kovac would’ve been delighted how well his team executed his plans to not only win but also keep a clean sheet against one of Europe’s finest attacking units.

Still unbeaten in Ligue 1 this year and moving even closer to the Champions League places, goals from Sofiane Diop and Guillermo Maripan ensured Monaco got over the line.

Defending with dedication, commitment and grit, Les Monegasques remained resolute and stuck to their marking assignments to blunt the likes of Kylian Mbappe, Moise Kean and Mauro Icardi. The fact they limited the space between the lines and were constantly compact were additional highlights from their tremendous, collective defensive efforts.

Bringing back in Axel Disasi and Ruben Aguilar to add some extra physicality and defensive presence, Kovac certainly got his team selection spot on, with Monaco looking far more secure than they did in their 2-2 draw with Lorient.

Efficient offensively and dogged defensively, the fact they took their chances to score two from an Expected Goals (XG) reading of 0.90 while restricting PSG to an XG of just 0.64, illustrated what a marvelous match it was for Monaco.

On a hugely memorable night for the club that also saw them become the first team since Nancy in the 2011/2012 season to beat PSG twice in the same season, Monaco will be filled with confidence that they can now push on and qualify for the Champions League.