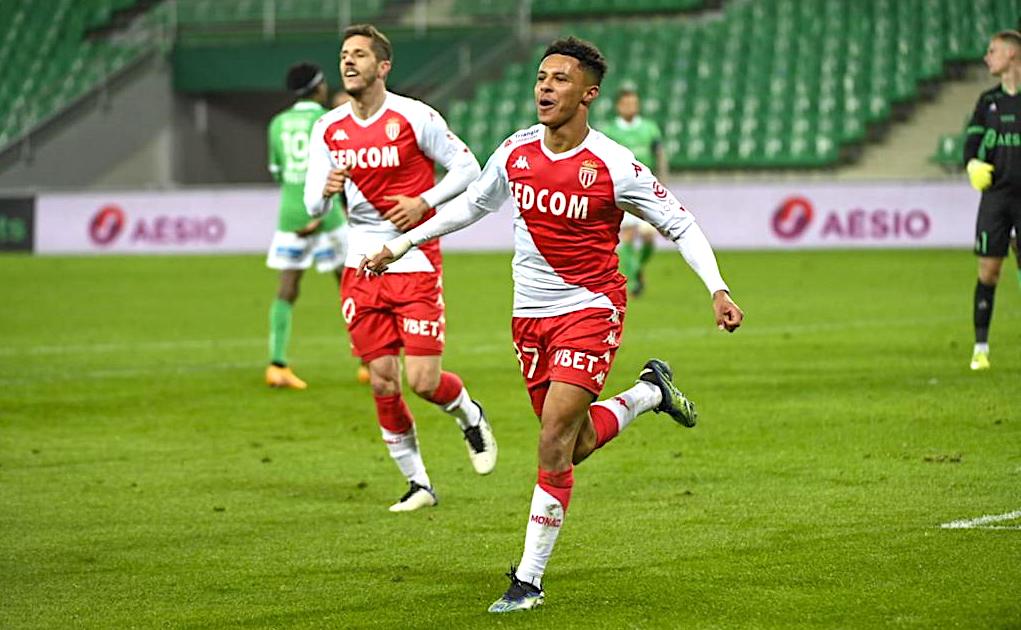 AS Monaco produced a brilliant display to thrash Saint-Etienne 4-0 at the Stade Geoffroy-Guichard, as they moved to within touching distance of the Champions League qualification places. Here are our player ratings from the match.

Benjamin Lecomte (6.5): Undertook his duties successfully between the posts, with him making some clean saves on his way to helping Monaco keep another clean sheet. Improvement in recent weeks has been a big positive.

Djibril Sidibe (7): Performed his role as desired. Chimed in with some crucial interventions to break up play both on the ground and in the air.

Benoit Badiashile (7): Looked the goods, with him proving his class on both sides of the ball. Defended stoutly to win back possession for his side and followed runners well. Going forward his ball carrying and passing were highlights. Replaced by Chrislain Matsima.

Axel Disasi (7): Defended with authority and conviction, as he continued his good recent form. Stepped out with aggression to track runners to recover possession in midfield, thus enabling Monaco to launch some dangerous moves.

Caio Henrique (7): Superbly timed forward runs were a threat throughout, which gave Monaco a fine outlet to switch the play. Locked things down defensively on his flank too. Replaced by Fode Ballo-Toure.

Aleksandr Golovin (6.5): Showed many glimpses of his exceptional technical skills, for his dribbling and creative passing gave Monaco plentiful impetus going forward. His set pieces generated many promising passages too. Replaced by Krepin Diatta, who scored a wicked volley with his first touch.

Aurelien Tchouameni (9): Maintained his scintillating form in this one by putting in yet another outstanding shift in midfield. Supplied a neat assist and scored a fantastic goal to punctuate his supreme body of work. Complete showing in both phases of the game.

Youssouf Fofana (7): Ball winning prowess shone through to cut out many of Les Verts moves. On the attacking end, launched some crafty through balls and embarked on some powerful upfield surges.

Sofiane Diop (8): Certainly his best outing of late, as Diop’s mazy dribbles, ingenuitive passing and intelligent movement saw him shine. Rewarded his efforts by scoring with a marvellous chipped finish after he reclaimed the ball with some smart pressing. Replaced by Cesc Fabregas, who supplied Diatta with a lovely assist.

Kevin Volland (7): Always causing danger with his nifty movement to exploit spaces between the lines and down the channel. His beautiful run and cross served as the catalyst for Monaco’s fourth.

Stevan Jovetic (7.5): Although he missed a penalty and hit the woodwork early, he recovered to score a wonderful, placed goal. His runs in behind and checks towards the ball offered additional upside. Aptly depicted what an asset for Niko Kovac he is to deploy as an alternative to Wissam Ben Yedder. Replaced by Wissam Ben Yedder.