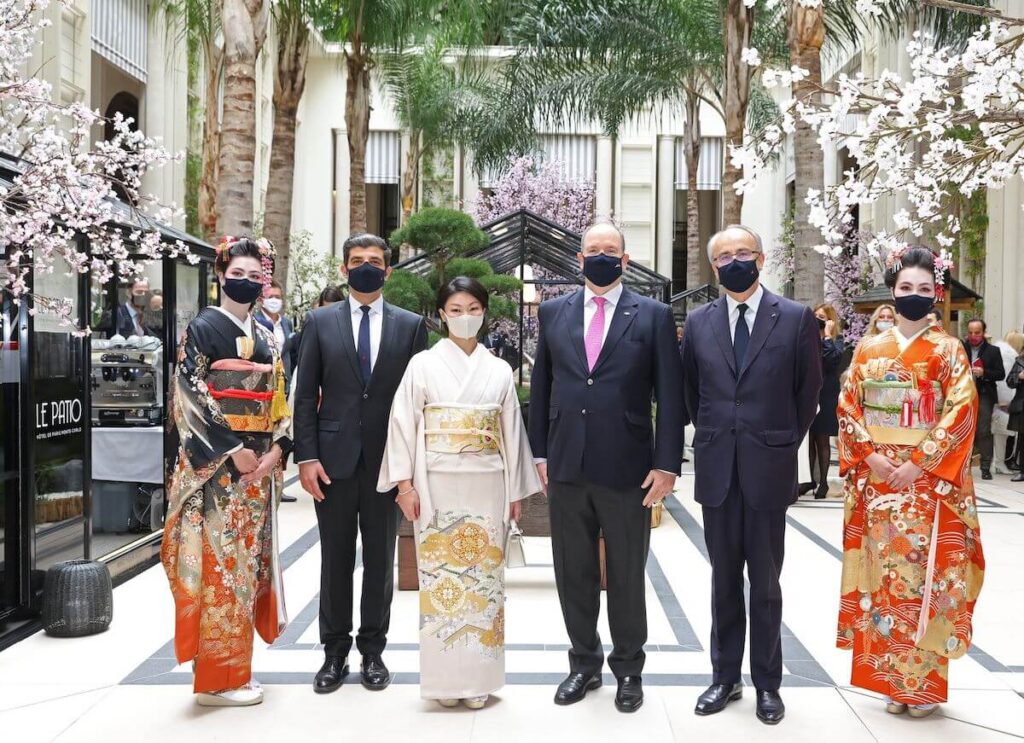 Cherry blossoms, wish making and offerings to deities are just some features of the beginning of springtime in the land of the rising sun. Inspired by these Japanese traditions, the Principality is hosting a charity event this year to raise money for the Prince Albert II Foundation.

Spring has officially sprung and Monaco has just become a little more exotic. From the 25 March to the 10 April, Monte-Carlo Société des Bains de Mer and The Highlife Monaco foundation are bringing Japanese traditions to the Principality with their event “Cherry Blossom”. All money raised will go towards the Prince Albert II foundation, which works to reduce plastic pollution in the world’s seas and oceans, particularly through their initiative “Beyond Plastic Med”, launched in 2015. Attended by Prince Albert II, an opening ceremony was held for “Cherry Blossom” on the Patio of the Hôtel de Paris Monte-Carlo on Thursday 25 March.

Over this two week period, cultural enthusiasts will have the opportunity to take part in many different creative workshops. Origami making, calligraphy and even ikebana, better known as flower arranging, will all be taught as part of the event. Culinary workshops are also on the menu, as chef Philippe Joannès, along with a sushi master, will teach the public about the delights of Japanese cuisine. As well as all of this, children can go to kamishibaï workshops and learn more about the art of Japanese storytelling.