Monaco’s player ratings from their accomplished victory over Nice 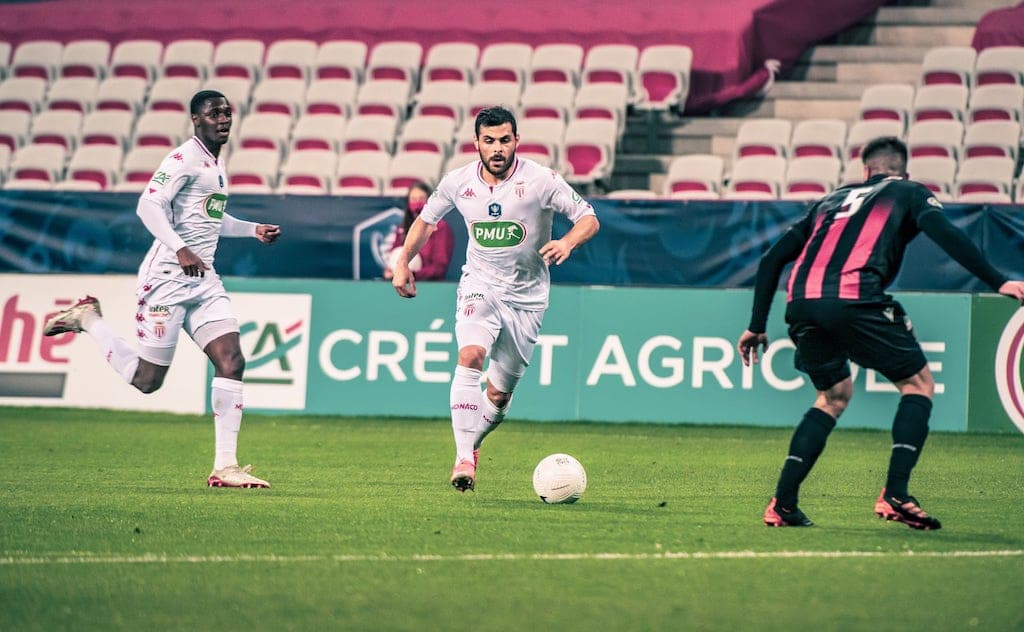 AS Monaco comprehensively outplayed OGC Nice in the derby at the Allianz Riviera, in a match where Kevin Volland and Ruben Aguilar provided the goals. Here are our player ratings from the Coupe de France clash.

Radoslaw Majecki (6): Looked good whenever called into action, in what was a quiet match for the Polish shot stopper due to Monaco’s dominance. Will be pleased with the clean sheet.

Ruben Aguilar (8): Playing in a different, more defensive role, where he dropped in to become the third centre back in possession. Adapted brilliantly to the role, for he was defensively sound and strong in the tackle, as he was rarely beaten by his adversaries. Capped off an excellent evening’s work with a fine goal.

Axel Disasi (7.5): Looked pretty comfortable, as he used his speed to cover teammates and track runs in behind. Further upside could be found from his incisive passing and through balls, plus through his positioning to cut out attacks.

Guillermo Maripan (6.5): Was rarely tested during his 45 minutes of action. Repelled whatever Nice threw at him efficiently. Replaced by Benoit Badiashile.

Krepin Diatta (5): Struggled again to stamp his mark on the contest in an attacking sense, but he’ll be happy to receive some valuable minutes. Defensive work was good, though, as he pressed and chimed in with some key interventions. Replaced by Sofiane Diop.

Aurelien Tchouameni (NA): Started off the match impressively, impacting proceedings with his classy passing and ball winning powers. Was disappointingly forced off due to injury 36 minutes in and was replaced by Eliot Matazo (6), who enjoyed a steady performance in the heart of midfield.

Youssouf Fofana (7): His amazing forward dribbles were a highlight, with one in the first half especially brilliant. Distributed the ball cleanly and with clarity to breathe life into offensive moves. Typically formidable in his stopping work, as he continues to shine on both sides of the ball.

Cesc Fabregas (8): Fantastic showing by the gifted Spaniard. Playing as an attacking midfielder, he relished operating in this position, as he linked midfield and attack while finding space between the lines masterfully. So calm under pressure and decisive with his passing, Fabregas’ quality was punctuated with his crafty assist for Volland’s goal. Replaced by Aleksandr Golovin.

Kevin Volland (6): Took his goal well, showing good balance to get his shot on target to open the scoring. Intelligent movement saw him exploit dangerous central areas and embark on some smart runs in behind. Also dovetailed well with Fabregas and pulled his weight defensively.

Stevan Jovetic (5.5): Worked hard for his team and led the line manfully. Got into good positions and his runs in behind posed a massive threat. But it ultimately just wasn’t his night, for he just lacked that vital end product to reward his encouraging lead up play.