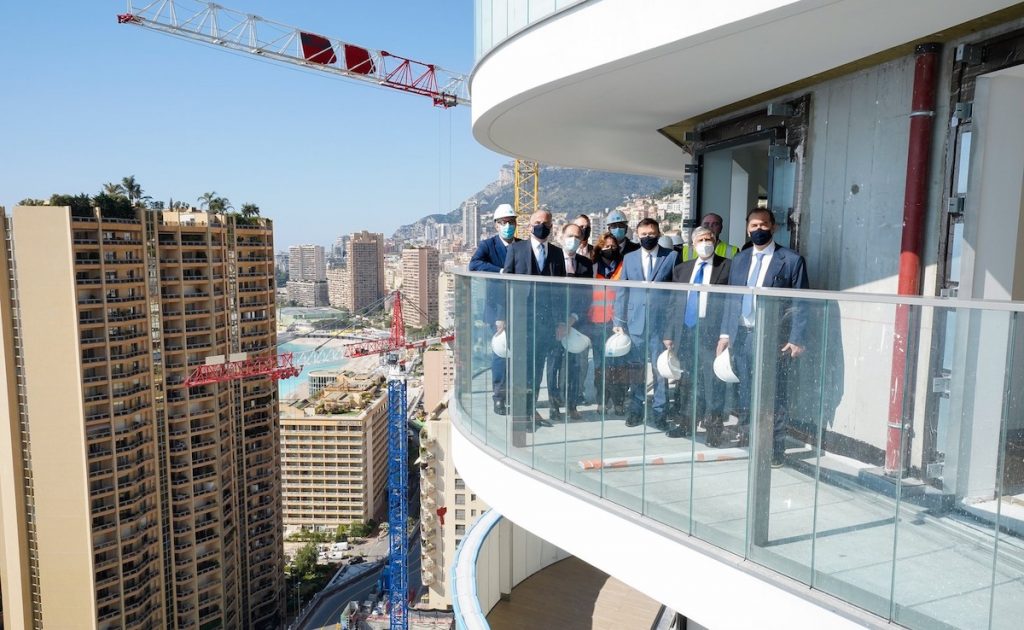 On Tuesday 20 April, several members of the National Council and the Prince’s Government visited the two towers being built as part of the Testimonio II state housing project in Monaco. Officials went to look at different apartments destined for Monégasque families, as part of a project to overcome the housing shortage in the Principality.

As part of the National Housing Plan for Monégasques, requested by the National Council and decided upon by Prince Albert II of Monaco, 348 state-owned units will be built within the two towers, ready for Monégasque families to move into by the end of 2022.

During this visit to the construction site several members of the National Council were present, most notably their President Stéphane Valeri. Members of the Princely Government were also in attendance, including: Minister of Public Works, the Environment and Urban Development Marie-Pierre Gramaglia; Minister of Finance and Economy Jean Castellini and Albert Croesi, Interministerial Adviser to the Minister of State.

The apartments will vary in size, each having between two and five rooms, and they will come with fully equipped kitchens. The facilities do not end here though, as there will also be an international school, a crèche caring for up to 50 children managed by the Town Hall and a public car park with 1100 spaces. Five luxury villas and 59 private residences are also being built.

Additionally, there are plans to build an automated pedestrian link between Boulevard du Larvotto, Avenue Princesse Grace and Boulevard d’Italie.

So, when will residents be able to move in? In terms of completion dates, the Testimonio II tower is set to be ready by the final quarter of 2022, with the second tower, Testimonio II bis, scheduled for completion by the first quarter of 2023. As Monaco works to overcome their housing shortage, this project is just one of several that will be completed in the next few years. In spring 2023, the Palais Honoria project will be finished as will the Grand Ida in September of the same year.

In total, within just a few years time, around 600 brand new apartments will be built for Monégasque families who meet Government set criteria for state-owned housing.