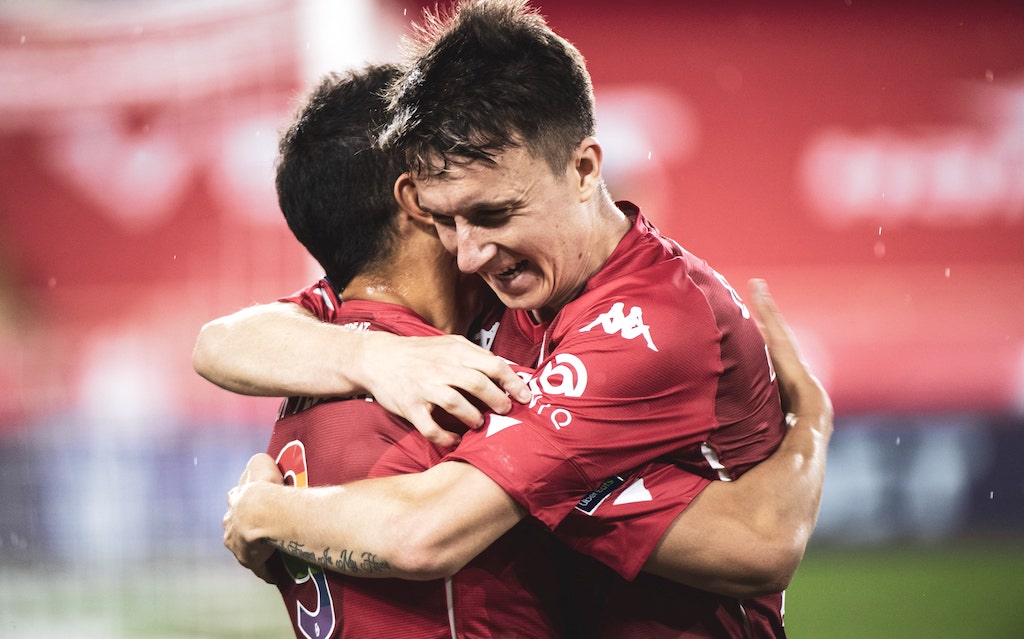 AS Monaco took another step closer towards securing Champions League qualification by recording an outstanding 2-1 win over Rennes at the Stade Louis II.

Following an even start to the match, AS Monaco took the lead after a flowing attack that saw Aleksandr Golovin thread a beautiful through ball into the path of Wissam Ben Yedder. The Monaco skipper then took two touches to steady himself before beating Alfred Gomis with a sublime left footed chip.

Golovin then went from provider to scorer, as he doubled Les Monegasques’ lead with a long range effort that was helped home courtesy of a deflection.

Although Rennes pulled a goal back via an unfortunate own goal from Axel Disasi, Niko Kovac’s men were good enough to see the game out to claim a vital three points.

“It was a tough battle,” Kovac explained in his post match comments. “Both teams tried to play positive football but the wind influenced the match a lot. As I said, Rennes are a very good team that is difficult to play against, and who play very good football. I am happy. We managed to take our chances in the first half. I want to congratulate my players, who gave 100%.”

With just one game left in Ligue 1 against Lens and Lyon breathing down their necks desperate to also finish third, Monaco will firstly need to focus on the Coupe de France final against Paris Saint-Germain before switching their attention back to league action.

In what looms as a massive week for the club, their comprehensive victory over Rennes was unquestionably the perfect way to start it off to gain some crucial momentum.