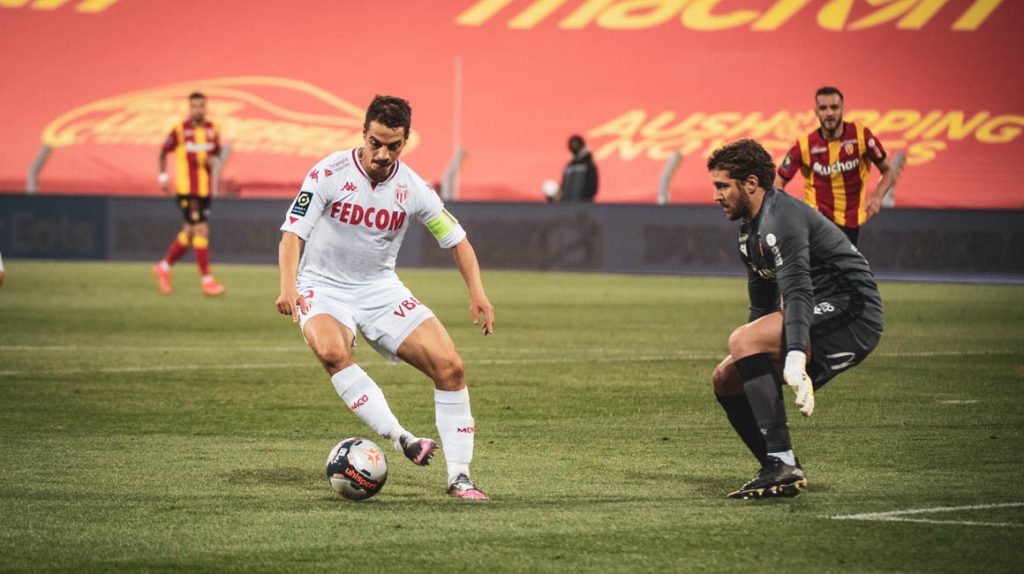 With Lyon losing 3-2 to Nice, AS Monaco’s tough 0-0 draw vs. Lens was enough for them to secure their place on the podium and earn a well-deserved place in the Champions League next season. Here are our player ratings from the match.

Benjamin Lecomte (6.5): Impressive body of work by Lecomte, as he made some brilliant stops, rushed off his line to snuff out danger and commanded his area effectively. Keeping a deserved clean sheet was an ideal way to end the season.

Djibril Sidibe (6.5): Excellent showing by the World Cup winner. Embarked on some quality forward surges and hit some excellent line breaking passes to stamp his mark offensively. Imposing defensively too, as he regained possession on countless occasions with his precision in the challenge.

Benoit Badiashile (6.5): Started the match by scoring a disallowed goal. He then proceeded to enjoy a great game. Full of incision with his passing to help Monaco progress through the thirds while his positioning and reading of the play saw him rarely troubled defensively.

Guillermo Maripan (6.5): Solid, composed and assured, the Chilean put in another good shift. Helped organise and keep his defence in shape, plus was committed and authoritative in his duels.

Caio Henrique (6): The consistent Brazilian contributed admirably again. While he was sound defensively, his attacking output was where he stood out most. Made some exceptional runs into the final third, showed a good understanding with his colleagues and passed the ball cleanly.

Aurelien Tchouameni (7): Fresh from being named Ligue 1 Young Player of the Year, Tchouameni showed precisely why. A fantastic defensive presence especially, with his ability to regain possession, support teammates, win loose balls and cut out attacks being crucial.

Youssouf Fofana (6.5): Fierce pressing and harrying of his opponents ensured he was a force in the middle of the park. Did some encouraging work going forward by bombing upfield into dangerous areas. Replaced by Cesc Fabregas.

Gelson Martins (6): Always looked menacing in possession using his speed, close control and skills to give Monaco some unpredictability. His presence also added width and depth to attacks, which kept Lens pinned back. All that was missing was a goal or an assist. Replaced by Krepin Diatta.

Aleksandr Golovin (6): Buzzed around the final third with intelligence, thus enabling him to expertly find space in between the lines and do some clever things in possession. Just needed to reward himself for his promising work.

Kevin Volland (6): Crafty runs in behind into the channels were a highlight, as he took advantage of Lens getting lured out of position. Always threatened and looked to make things happen in the final third. Replaced by Axel Disasi.

Wissam Ben Yedder (5.5): Dropped deep nicely to find space, link play and draw out defenders. Although it ultimately wasn’t his night due to him missing some good chances, some of the beautiful passes he struck to Volland and his defensive exertions warranted praise. Replaced by Pietro Pellegri.