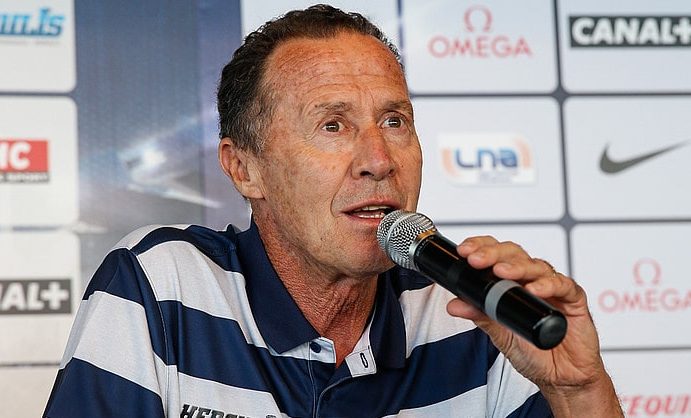 With only a few days to go until Meeting Herculis begins on Friday 9 July at Stade Louis II, the event’s Director told Monaco Tribune he believes some of the greatest athletics stars will hit the track.

>> READ ALSO: Meeting Herculis 2021: everything you need to know about Monaco’s athletics event

Postponed last August, Meeting Herculis is coming back this July. You must be really pleased that the event is going ahead for a second year in a row, despite the pandemic…

It’s still a difficult situation to manage. We were hoping the event would take place in July like usual, with other events in the season going ahead before the Monégasque stage, so we’re really pleased that’s been possible. The Diamond League has gotten off to a good start, so that’s great news for us all.

An Olympic year is always hard. You really have to understand the athletes, who are building up to the goal of a lifetime.

And this year, as is the case every four years, the event is taking place a couple of weeks before the Olympic Games. How does this impact the way athletes prepare?

An Olympic year is always hard. You really have to understand the athletes, who are building up to the goal of a lifetime. As for the Olympic committees, some need to limit their performances, whilst others need to do the complete opposite and really perfect their finishing touches. We’re one of the final stages before Tokyo. After us, it’s just the last leg in England, in Gateshead.

Do you think there will be fewer records this year then?

(Smiling) You know, it can still be a great event even if there aren’t any new records. Our biggest worry is putting on a fun competition and making sure the crowd has a great time with their families. Then we’ll focus on the records. But judging by the quality of athletes this year, we’re hopeful.

The 400m looks very promising since Karsten Warholm is racing and he broke the world record for the 400m hurdles in Oslo.

So, who are the ones to watch this year?

The men’s 100m should be interesting with Trayvon Bromell and Fred Kerley both racing, as well as the Frenchman Jimmy Vicaut and the Italians Filippo Tortu and Marcell Jacobs also competing. The 400m looks very promising too, since Karsten Warholm is racing and he broke the world record for the 400m hurdles in Oslo just a few days ago. As for the women’s side, the 200m will be exciting with the international star Shelly-Ann Fraser-Pryce competing. Let’s not forget the 1500m with Sifan Hassan either. She has a chance of breaking a world record.

Will a certain Kevin Mayer be making an appearance?

Absolutely! We’re very lucky to have him competing here as he prepares for the Olympic Games in Tokyo. It’s an honour to welcome him on the track and the same goes for Yulimar Rojas, who’s making her fourth consecutive appearance here and could potentially break the world record in the triple jump. Tajay Gayle and Jean Miguel Echevarría will both be competing here in the long jump too. Gianmarco Tamberi will also be taking part in the high jump. A truly wonderful array of athletes.