AS Monaco’s player ratings from their tough loss vs. Shakhtar 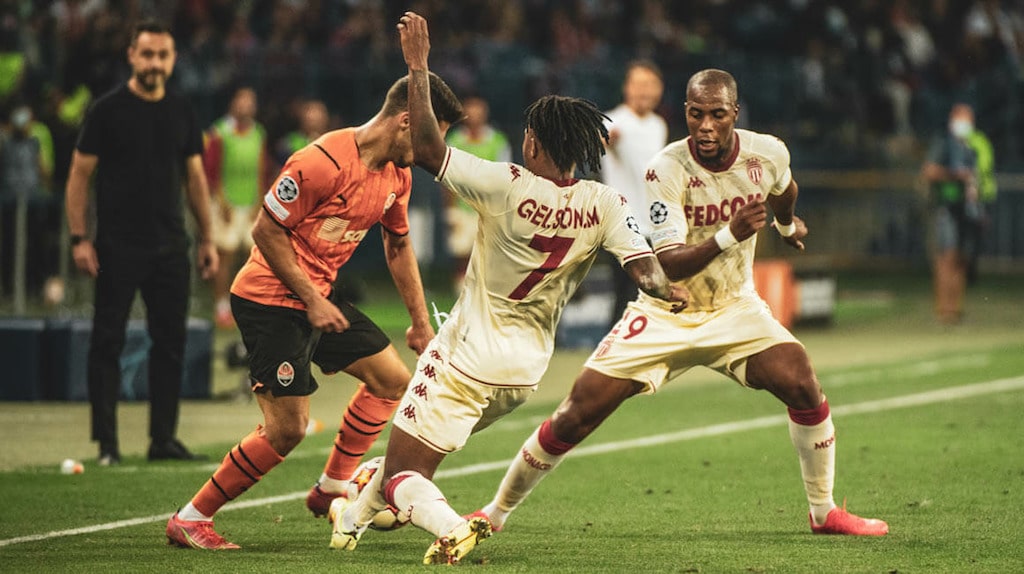 AS Monaco narrowly failed to qualify for the Champions League by losing in devastating fashion (3-2 on aggregate) to Shakhtar Donetsk. Here are our player ratings from the match.

Alexander Nubel (5): Another tough match for Nubel, as he continues to struggle to show his true capabilities for Monaco. Will be desperate for improvement in the coming weeks.

Djibril Sidibe (8): Imposed himself on the contest from the outset, as he defended with tenacity and nous. Competed hard and never gave an inch, which was shown by his 10 won duels, seven ball recoveries and four tackles. Offered plenty of impetus in possession too with his passing and driving runs. Replaced by Ruben Aguilar.

Benoit Badiashile (7): Certainly played his best match this campaign, as he dealt with danger beautifully to get the better of his adversaries. Chimed in with many vital interventions to recover the ball for his team and was strong in his individual battles.

Guillermo Maripan (6.5): Aggressive and was keen to apply pressure to his opponents so they couldn’t enjoy too much time and space to turn him. Showed his leadership quality and organisational skills, in what was a polished body of work by the Chilean.

Caio Henrique (7): Laid on a sharp assist for Wissam Ben Yedder’s second and contributed solidly on both ends. Assured in his passing, knew when to support attacks, picked his moments when to press high and was strong in his duels. Replaced by Ismail Jakobs.

Aurelien Tchouameni (7.5): An imposing force alongside Fofana in midfield. His passing, ball carrying and smart movement was valuable going forward. Excelled at breaking up attacks and making life difficult for his foes in the defensive phase. Replaced by Axel Disasi.

Youssouf Fofana (7.5): Very pleasing effort by Fofana. Was a terrific asset on the defensive end especially, where his defensive prowess shone brightly. Applied vigorous pressure and was a master at recovering possession on a night where he recorded 14 regains.

Gelson Martins (7): Produced a promising showing again, as he’s been one of Monaco’s best performers in their challenging start to the season. Not only did he threaten offensively with his speed and dribbling, but he also made his presence felt on the defensive end. Replaced by Jean Lucas.

Aleksandr Golovin (7): Great performance by the Russian playmaker, as he caused Shakhtar constant headaches with his movement and quality on the ball. Always looking to make things happen in and around the final third even though he didn’t register a goal or an assist. Replaced by Sofiane Diop.

Kevin Volland (6): Will rue his missed chances, with him coming close on a few occasions. The man who unleashed eight shots and created two chances provided plenty of danger in what was an improved outing.

Wissam Ben Yedder (7.5): Excellent return to form from Ben Yedder by showing his class by scoring a brace. Instinctive with his movement and always a threat. Will be disappointed he didn’t convert one more of his other chances, though, which could’ve sealed victory. Replaced by Wilson Isidor.