All roads lead to Rome… for Flavio Briatore’s luxury pizzas 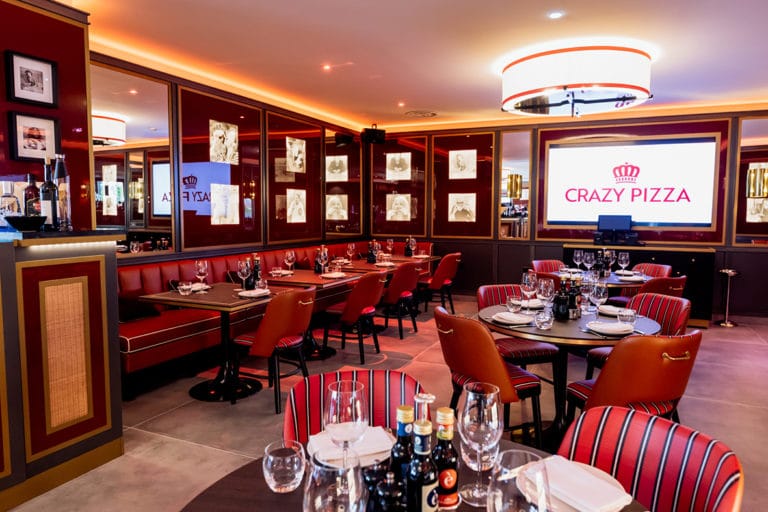 Businessman Flavio Briatore’s flagship concept has now reached Rome, with the opening of a fourth restaurant in the Crazy Pizza chain.

Pizza lovers, you have been warned: a new must-visit address is opening in Rome. The Crazy Pizza chain has added another restaurant, after London, Porto Cevo (Sardinia) and Monaco. Long-time Monaco resident Flavio Briatore also owns the Cipriani, Twiga and Cova restaurants in the Principality.

The Roman restaurant should be no exception to the Crazy Pizza chain’s rule of success. Although the address was supposed to remain a secret, it was revealed by La Repubblica: 167 via Veneto. After your pizza, you can head to number 171 to check out the first ever ice cream parlour of the former Formula 1 team manager, “Crazy Cool”.

Crazy Monte-Carlo was inaugurated in July 2020, at the height of the post- lockdown period. Since then, the premises at 6 route de la Piscine have been welcoming customers every day from 6 p.m. On the menu: yeast-free pizzas for a lighter crust and made using a secret recipe… A concept that caused a stir when it was launched, with some critics criticising the high price tag.

As for the ingredients, the most luxurious fresh products are given pride of place. The tomato sauce is made on site and the different types of mozzarella are made by hand in front of the guests. Pata negra, black truffle and white Alba truffle are among the most popular toppings.