INTERVIEW. Youssouf Fofana (AS Monaco): “My failures have given me a thick skin” 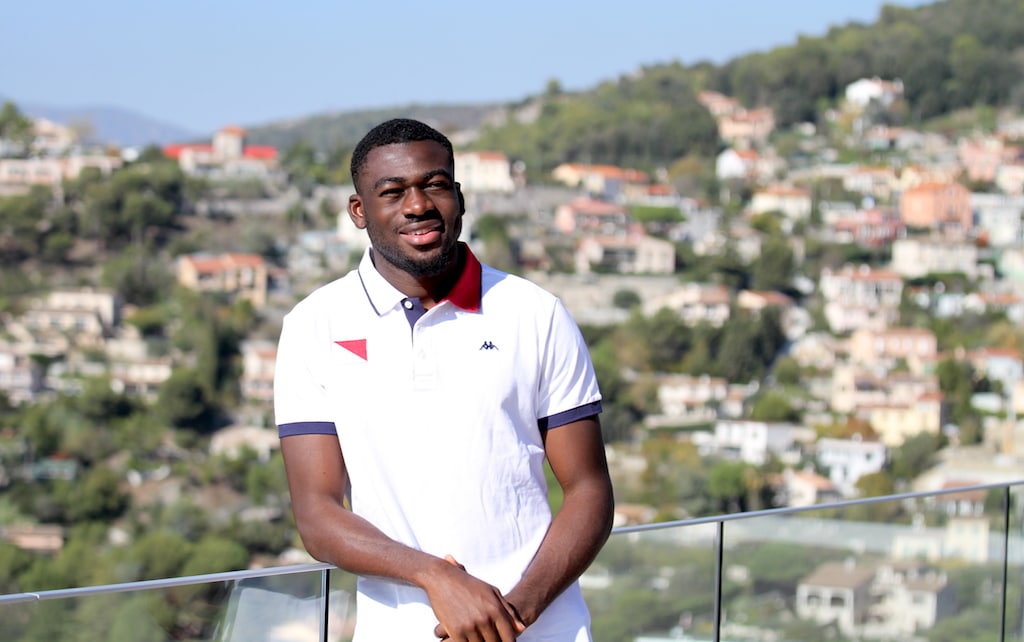 The Monegasque midfielder spoke exclusively to Monaco Tribune, in partnership with Radio Monaco and Actu Foot.  His start to the season, his ambitions, his background… Youssouf Fofana (22) opened up to us for half an hour.

“OK, see you later guys. Well, not if I see your first … I’m kidding, that was really cool!”  After a quick improvised photo session on the roof of the AS Monaco Performance Centre, with the Mediterranean on one side and La Turbie on the other, Youssouf Fofana couldn’t resist teasing us. The Monegasque midfielder is a joker in everyday life, but also and especially in the club dressing room.  His good humour was in evidence throughout the interview he gave us on Monday, the day after AS Monaco’s convincing victory against Montpellier (3-1).

His start to the season

Youssouf, after the victory in Eindhoven (1-2), then the win against Montpellier (3-1), can we say the Monaco steamroller of last season is off and running?

That’s exactly right, although we didn’t have such a bad start to the season. It came down to some fine-tuning, especially in front of goal. When we manage to be decisive, it frees us up and we can finish the game off. We are gradually getting our confidence back. It’s a young squad, and the string of matches early on in the season wasn’t easy. For some it was the first time they’d had to play matches every three days. Monaco is the Ligue 1 team that has played the most matches since the start of the season.

On a personal level, this season is more complicated in terms of playing time.  How do you feel about the new situation?

I’m not blaming the coach, I’d say I’ve brought it on myself. I didn’t do what was required at certain times. It’s been a long time since we’ve had such a full squad. We saw it yesterday (Sunday against Montpellier), with a bench made up of regulars. The crowd is happy to see a team with so many good players.

>> SEE ALSO: INTERVIEW. Sofiane Diop: “I swore that I would come back to Monaco and make a name for myself”

Is there a good atmosphere between you despite the rivalry?

Of course. I kept saying last season that AS Monaco wasn’t just about the Tchouaméni-Fofana duo in midfield. Mazato’s there behind them. And I wasn’t wrong. He’s playing well and I’m happy for him. He deserves it, he’s a hard worker.

On the attacking side, it’s been a while since you scored.  Too long?

Sure (smiles). I miss not scoring, but that’s not necessarily my main role. Up front, we’ve got two cyborgs (Kevin Volland and Wissam Ben Yedder) who are doing the business and a great prospect (Myron Boadu) who could very well follow the same path. Right now, I’m happy with our success as a team, and content to do my job.

How he started out in football

Football is still about enjoyment, first and foremost

Which player inspired you when you were younger?

He didn’t play in my position. It was Didier Drogba. I have Ivory Coast roots and at the time he was a national hero because of everything he achieved in his career. I was influenced by a few other players here and there, but I didn’t have a typical role model.

When did football first become an objective for you?

I started at the age of five, then when I was 13 or 14 I joined the INF Clairefontaine (national training centre). That’s when I understood that it was a job and not a hobby (laughs). We had to train every day, when I was used to two or three sessions a week. I understood the demands of elite level sport a little late, around 16 or 17 years old. I went back to the Paris area to work and make it my job. But football is still about enjoyment, first and foremost.

You didn’t do an apprenticeship, instead you went down the amateur route, with an unsuccessful experience at INF Clairefontaine.  Are these experiences what made the man we’re talking to today?

Unlike some, I experienced failures quite early on. It gave me a thick skin, a certain temperament. I know how to have fun, but I am also very demanding. When I leave the pitch, you can sometimes see it on my face.

His role within the club

I can have a good laugh for sure, but I can lose my temper as well.

You signed your first professional contract not so long ago, but it feels like you are one of the old hands already…

I hear that a lot (smiles). I signed late with a professional club but I signed a professional contract early. I had a clear path and I never lost sight of it. I kept my feet on the ground. The contract was not the final destination, but the beginning of a dream journey. A year and a half later, I found myself at AS Monaco. The dream had come true. It’ll be over quickly, so I’m making the most of it.

What is your role in the locker room?  Would ‘entertainer’ cover it?

Yes, but only when required (smiles). I can also give off, in French, English and even Spanish, everyone understands me. I’m a demanding player; when things are good I try to let my teammates know, but when they’re not going well, I like to have my say. If you see me laughing, it means everything’s all right.

Today you are one of the ‘older guys’ among  the young players.  Eliot Matazo told us that you had taken him under your wing.  Is it important for you to give advice to the younger players?

Older guy? That sounds weird (laughs). I noticed when I got here that I was in the middle of the age range, and I was only 21. Eliot is a young guy who listens, who works, so it makes you want to help him. It just came naturally. But I give him advice in the same way as I might for Aurélien (Tchouaméni) or he might give me some, and then there’s Cesc (Fabregas) who gives it out to everyone (smiles). I got on with Eliot straight away, because he reminded me of myself when I started out.

His life off the pitch

In the neighbourhood, I’m a son, a little brother, a friend and that’s it

How do you spend your free time?

I do what I can’t do on weekdays. I go out, go for walks, explore Monaco and the Riviera. I’m also into series and films. But when I have days off, I like to get out of my routine.

What is your favourite series, one you would recommend?

Prison Break, Game of Thrones, but I would recommend Peaky Blinders. I finished Squid Game too. Yesterday (Sunday), I started the documentary on Orelsan. I found it interesting.

I finished season 2, yes. It’s better than the first season. I agree it’s a good one (smiles).

What about your musical tastes?

I like rap, but I try to listen to all sorts. Rap’s the music of my generation, but I also listen to Afro, pop and also the Hispanic players’ sounds in the locker room. They’re pretty good!

>> SEE ALSO: Chrislain Matsima (AS Monaco), a young defender with a plan

A little tennis, especially the Grand Slams. The Olympics too. I watch all the sports, like fencing. Boxing too. And also a little basketball, but it’s complicated with the time difference. I need to try to take in a Roca Team match soon!

Who are the most important people in your life?

My parents. They’re so far removed from the world I live in. When I get home, they make me leave the football player image outside. They just see me as their son and not as the player.

Do you feel it’s important to have a strong support network around you?

Totally! Especially last season, when we had a run of easy wins. We could have gotten pretty full of ourselves. But some players in the dressing room like Benjamin (Lecomte), Stevan (Jovetic), Cesc (Fabregas) and Djibril (Sidibé) were there to bring us back down to earth. So when on top of that you come home and no one sees you as a footballer, it helps. In the neighbourhood, I’m a son, a little brother, a friend and that’s it.